An American Photographer Shows the Human cost of freedom.

While many Ukrainians take up arms in the struggle for Ukrainian freedom, photographer Joseph Sywenkyj makes his contribution from behind the lens.   Creator of the photo documentary project titled “Project Wounds,” Sywenkyj says he aims to showcase the “monumental problems facing those who were wounded fighting on the front lines for Ukraine’s European and democratic future.” 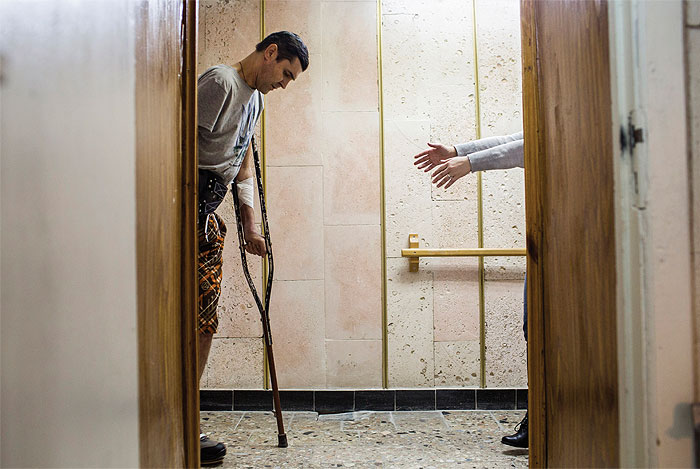 Citing a lack of proper media focus, Sywenkyj hopes his project can highlight the long-term medical issues facing the wounded soldiers. The returning fighters face challenges ranging from underfunded pensions to PTSD, job training, and Ukraine’s lack of infrastructure for the physically disabled.

‘‘Project Wounds, which is very much in progress’’

Sywenkyj said, “is meant to inform and encourage a discussion among Ukrainians about the formidable task of reintegrating wounded soldiers and activists into daily life and to inspire those with the means to assist others.”

A first generation American of Ukrainian descent, Sywenkyj said, “I feel equally at home in Ukraine as I do in the United States.” The photographer has lived in Ukraine, traveled extensively throughout the country, and since 2003 has spent more time in Ukraine than in any other country. 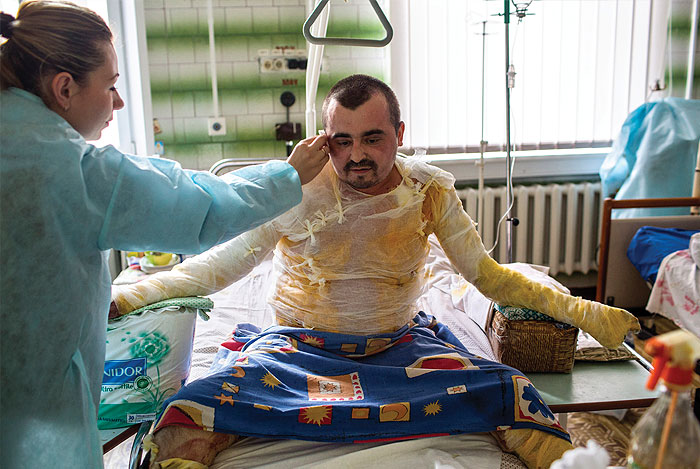 Project Wounds originated in 2014, when Sywenkyj documented the entirety of the Maidan Revolution in Kiev. As violence raged at the Maidan in the late winter months, anti government protestors began regularly sustaining serious injuries and Sywenkyj found his role in the struggle.

“I very much remember the shock I felt at seeing so many wounded people, some of them my friends and colleagues,”

Sywenkyj said. “It was at that time that I knew I was going to work on a long-term project about wounded Maidan activists. Documenting Ukraine’s wounded is the way I contribute to Ukrainian society and the historical record.”

Sywenkyj’s extensive documentary project features photographs of many different soldiers and their families. From lost limbs to lost abilities, the photographs all have one theme in common: pain. It’s a pain that Sywenkyj knows will last a lifetime, starting with the soldiers and passed on as emotional burdens to their wives and children. 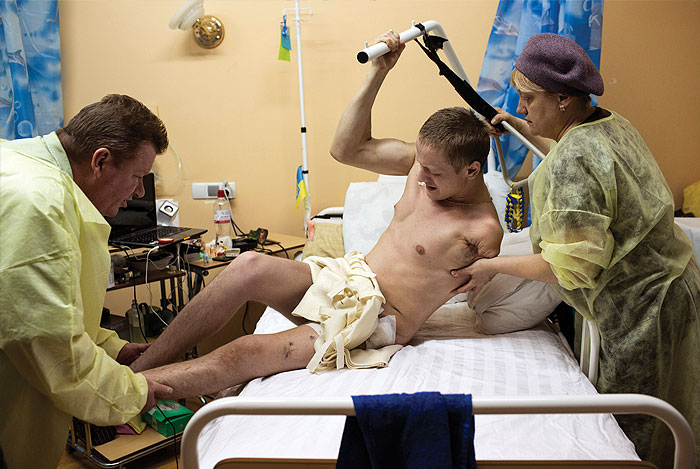 Most of Sywenkyj’s daily work involves traveling through Ukraine. He spends hours in hospitals photographing the soldiers and getting to know the intricate details of each soldier’s life. Along with Kateryna Yudina and Maria Dachkovksa, graduate students from the Kyiv Mohyla School of Journalism, the photographer has also began publishing his photos online at www.rany.com.ua. These are accompanied by extended written pieces.

Sywenkyj always emphasizes that the project is very much a work in progress, like the situation in Ukraine. While remaining optimistic about Ukraine’s long term outcome, the photographer expressed concern about the country’s foreseeable future.

“It is in the next few months and years where things can get worse. The Russian war and the separatists and terrorists Russia supports can still do a lot of damage to Ukraine. The economic situation could still turn from bad to worse.”

Despite grim circumstances, Sywenkyj seems determined to remain on the front lines with camera in hand, bringing to light the life-altering injuries sustained by Ukraine’s bravest.