It’s not uncommon to see traffic slow on Cumberland Avenue as motorists stare at a unique structure. Some call it Chicago’s Taj Mahal, others laugh at its unusual shape and have dubbed it, Our Lady of the Rocket Ships. But it’s not any of those things. It’s St. Joseph the Betrothed Ukrainian Greek-Catholic Church.

Built for $1.75 million in 1977 and designed by Ukrainian-American architect Zenon Mazurkevich, parishioners intended it to be the most beautiful Ukrainian church in the world. Indeed, the church has been listed on several architecture websites’ lists of the world’s most unique churches. Here are some facts that make it so unique: 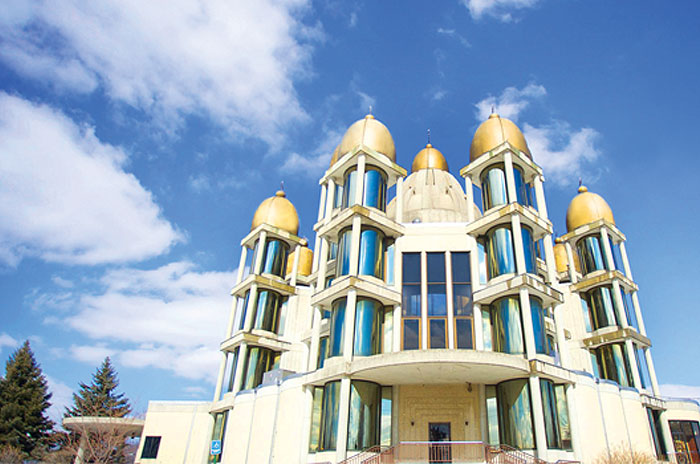 1.The thirteen domes represent each of the twelve apostles and Jesus Christ in the center.

2. The church’s windows total about 1,180 square meters worth of glass, or enough to cover the surface of one-and-a-half Olympic-sized swimming pools.

3. International airline pilots are said to use the domes of St. Joseph church to align themselves with the longest runway, number 10-28, at O’Hare International Airport. 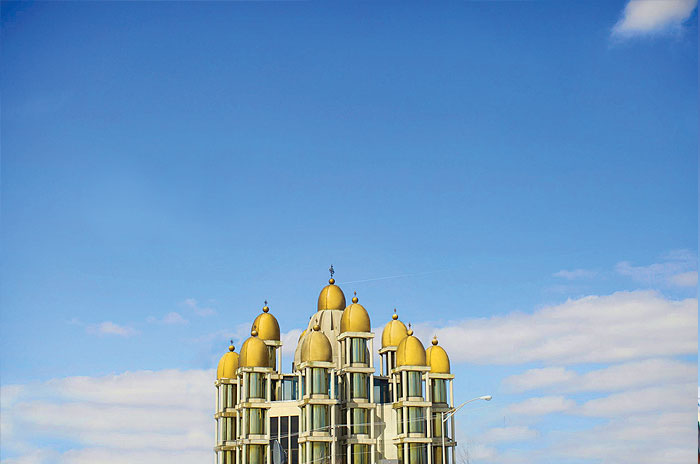 4. When St. Joseph church was first built, it was featured on the cover of National Enquirer Magazine with the simple caption, “what is it?”

5. Photos of the church were featured in an American-published magazine in the Soviet Union, and it is said to have inspired a whole generation of Soviet architects.

6. Bishop Jaroslaw Gabro, then-bishop of Chicago, sealed a piece of coal from the Eastern Ukrainian region of Donbas and a rock from the Dnipro river between the church’s granite cornerstones.

8. Despite the non-traditional exterior, the church’s layout is highly complimentary to that of ancient Byzantine churches such as the Hagia Sophia in Istanbul or St. Sophia cathedral in Kyiv. Its equilateral floorplan, multiple apses and domes, and circle motifs have deep theological meaning. 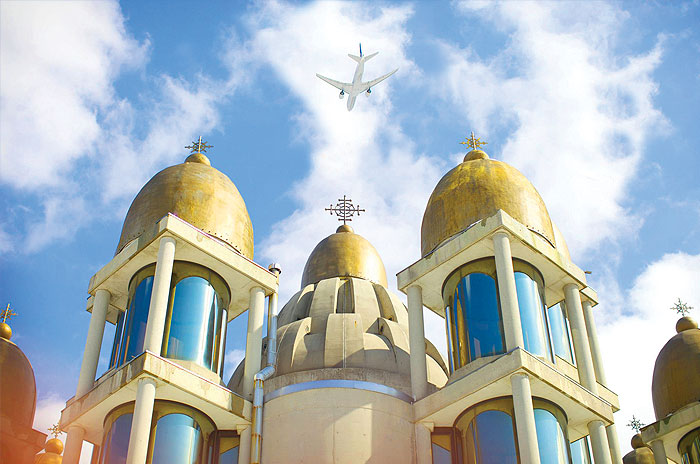 10. The neighborhood around St. Joseph church, dubbed “St. Joseph Manor,” was built by Ukrainian-American real estate developers intending to move Chicago’s Ukrainian Village to the suburbs. However, urban flight wasn’t as prevalent in Chicago as it was in other cities at the time, so most of the homes ended up sold to non-Ukrainians.

11. According to the original design, the inside of St. Joseph church was supposed to remain bare cement, glass, and fiberglass. However, pastors of St. Joseph Church since 1985 sought to bring the church back to Tradition and have had the walls adorned with traditional iconography, including the addition of an icon screen and golden chandeliers from Greece.

12. While the church is entirely situated in the City of Chicago, it is surrounded on all three sides — to the North, East, and South, by the independent Village of Norridge. Parishioners petitioned the Chicago City Council to include St. Joseph Church when O’Hare International Airport was added to the city limits.

13. A grotto dedicated to the Mother of God at Hoshiw, a popular Marian apparition, was built over a natural spring near the church. People from miles around came to drink its water, which was believed to have healing qualities. Though water no longer flows from it, the grotto was re-dedicated by Patriarch Sviatoslav during his visit to Chicago in 2011.