Ukrainian statehood traces its roots to a kingdom known as Rus’ which flourished from the ninth to the thirteenth centuries centered around its capital of Kiev (modern-day Kyiv). Despite being the center of trade between Asia and Europe, Rus’ became increasingly fragmented from countless Mongol invasions. This unrest ultimately saw Rus’ divided between the principalities of Kiev, Muscovy, and Polotsk - today’s Ukraine, Russia, and Belarus, respectively.

While people living in that region continued identifying as Rus’ for centuries following the kingdom’s demise, several occupying forces laid claim to the land too, including the Polish-Lithuanian Commonwealth, and the Ottoman and Austrian Empires. This period of conflict led to the rise of a Cossack vassal state around Kiev, allowing Muscovy the buffer from invading forces to develop into what would become the Russian Empire. 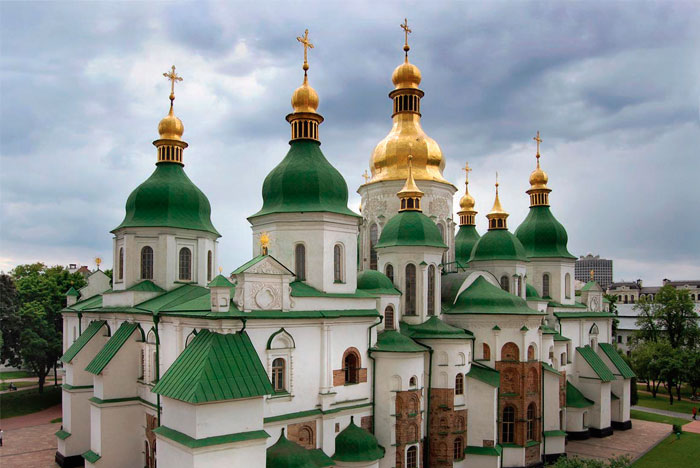 The St. Sophia Cathedral in central Kyiv has stood immovable since the year 1011AD, when it was built by Prince Yaroslav as a monument to Rus’ newly-adopted Byzantine Christianity. Despite intermittent periods of disrepair following several invasions by the Mongols and Muscovy, the inside mosaics have remained untouched for a whole millennium. The main apse with a mosaic of the Mother of God, for example, is referred as the “immovable wall.” Ukrainians believe that as long as the apse stands, their nation will perservere. 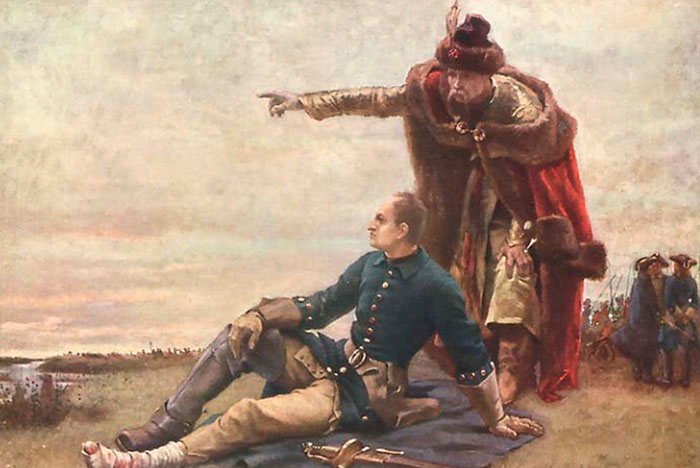 Ukrainian Cossack leader Ivan Mazepa with his ally, King Charles XII of Sweden after being defeated by the Russian Empire at the Battle of Poltava in 1709. Ukraine would not see the same independence for more than two hundred years following. Painting: Gustaf Cederström

As the Russian Empire rapidly expanded west, any semblance of an independent Kievan Cossack state was quickly eradicated and Kiev became known by its modern identity of Ukraine. Russia’s attempts to reclaim the glory of Rus’ often resulted in staunch persecution against the increasingly-separate Ukrainian and Belorussian ethnic identities, the empire seeing it as a deviation from their ‘authentic’ interpretation of what it meant to be a person of Rus’ heritage – save for the fact that Rus’ was based around Kiev. Such attempts included bans on the Ukrainian language, cultural movements, and educational institutions.

Despite several attempts at independence, most notably a four-year period in the early 20th century, the Russian state had always managed to keep control over Ukrainian lands. After the fall of Russia’s monarchy, many Russians felt that the loss of Ukraine would mean certain demise to their new Bolshevik state. Their military quickly acted to annex Ukraine, making it a founding member state in the USSR.

Much like the Russian Empire, the USSR ruled over Ukraine with an iron fist, even so much as to commit genocide from 1932-1933, wherein millions of ethnic Ukrainians were killed by forced starvation. This void in the population was filled with ethnic Russians who were sent to repopulate the area.

During this period, Ukrainian society shifted from agriculture to industry, the central government compartmentalizing various markets so as to create dependence between regions of the USSR – leaving Ukraine dependent on Russia for its goods.

After Ukraine declared independence in 1991, many former government officials took hold of rapidly privatizing industries, forming monopolies in erstwhile state-owned corporations. Most of these companies are either outright owned by Russian citizens, or by so-called oligarchs sympathetic to Russian causes, yet take advantage of Ukrainian statehood to maintain a corner on all international trade flowing through Eastern Europe.

Much of the Ukraine’s current political situation relies on the balance of what Vladimir Putin calls the “Russian Universe” – a pride he feels Ukrainians, Belorussians, and Russians should have in common based on their long history. However, its people are no longer willing to be torn between their history and their future, feeling that they deserve what the West has to offer. 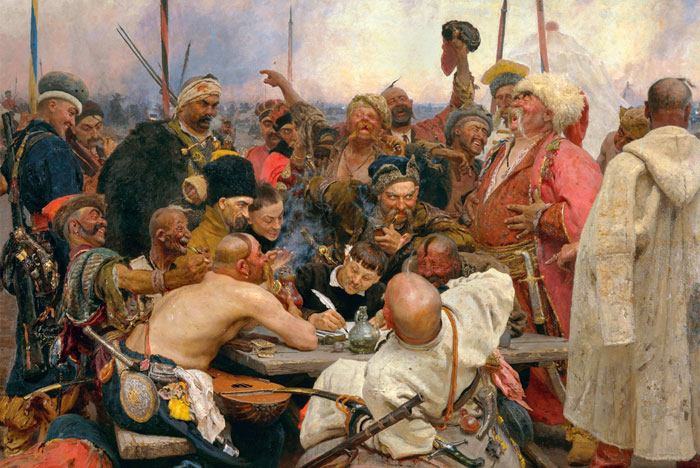 ‘‘This famous painting depicts a supposed scene of the Ukrainian Cossacks writing a defiant letter to the Ottaman Sultan in 1676, who offered to «desist from troubling attacks» in exchange for their submission. The Cossacks reply ‘‘The date we write not for no calendar have we got; the moon is in the sky, the year is in a book, and the day is the same with us here as with thee over there, and thou canst kiss us thou knowest where!’’ 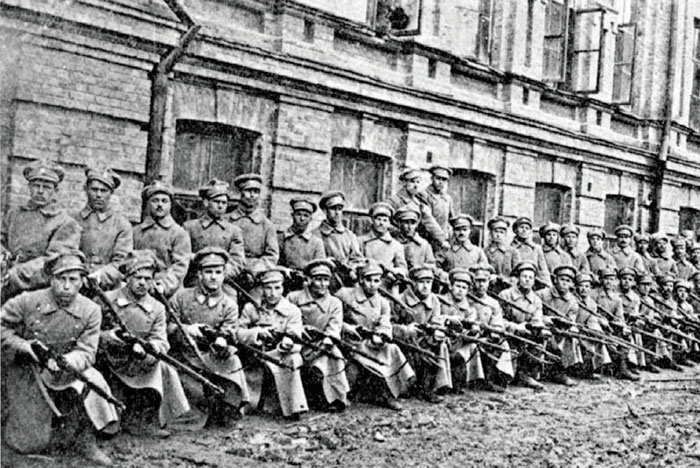 The Ukrainian Sich Rifleman, pictured here in 1918, were formed to represent ethnic Ukrainians in the Imperial Austrian Military during WWI. Following Ukraine’s independence in 1917, the Sich Riflemen joined other military formations to defend Ukrainian lands against the expansion of Bolshevik Russia. They were ultimately defeated in 1921, when Ukraine was absorbed into the USSR.