Located in the heart of Chicago’s Ukrainian Village, St. Nicholas Cathedral has been a community center for as long as it has been a school. Built at the end of World War II by Ukrainian immigrants determined to pass down their culture, the school has always had a strong hold on the hearts of those tied to their mother country.

Current principal Dr. Susan Kurland, an expert in school transformation and author of the book How to Walk to School said, “This school is a shining jewel. It is a crown in Catholic education. The staffs in Catholic Schools are very different than the staffs in public schools in the sense that here they are really driven on some level to do God’s work.” 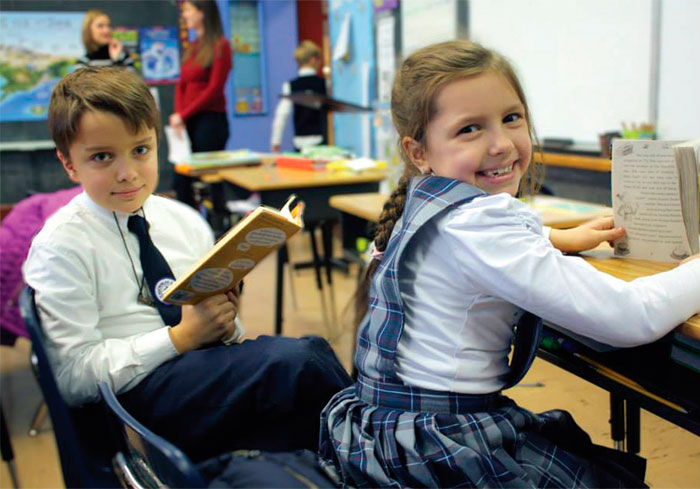 Director of admissions Barry Little sang a similar praise. Agreeing with Kurland, Little said, “People should be knocking down the doors to get in here.”

Well, some people really are knocking down doors, but not necessarily school doors. Lev Holubec, a parent himself, was instrumental in recent school changes. Avidly advocating and fundraising, Holubec, along with others, opened many doors for St. Nicholas.

When relocating his family from Kyiv to America, Holubec chose Chicago because of the unique reputation that preceded St. Nicholas.

“I see something special in this school,” Holubec said. “It has the ability to provide a solid foundation for education, cultural identity and to instill a strong moral compass in our kids. The Ukrainian people are a unique people. My wife and I wanted my own kids to grow up with that culture, that mindset. This is a pivotal moment because we, as a community, are beginning to understand that the Ukrainian Diaspora is going to have a significant role in the rebirth of Ukraine as a nation” 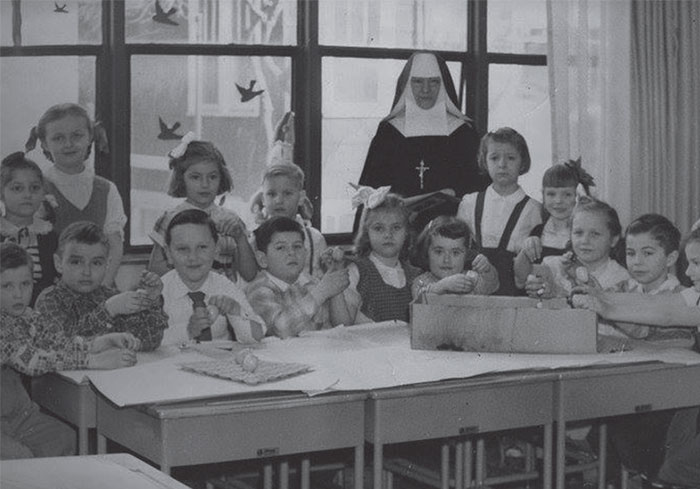 Further integrating itself in the community, this Ukrainian Village School has embraced new changes. Much like the neighborhood that surrounds it, the school has adapted to the new demands of its community, the changing needs of its students, and the modern generation of involved parents just like Holubec. Fusing the old with the new has been a primary goal.

“We will always have a large segment of Ukrainian people,” Kurland said. “That communal energy is one of the nicest things about us because that energy and that cohesiveness really adds to the magic feel that we have here.”

True to Kurland’s words, the school has made large strides to welcome the community through its newly painted doors. The school has undergone vast physical changes. Curtains have been replaced with open windows. The once dark hallways have been opened to the sun, the dismal doors replaced with welcoming colors. Kurland and Little have worked tirelessly to create an open door policy. 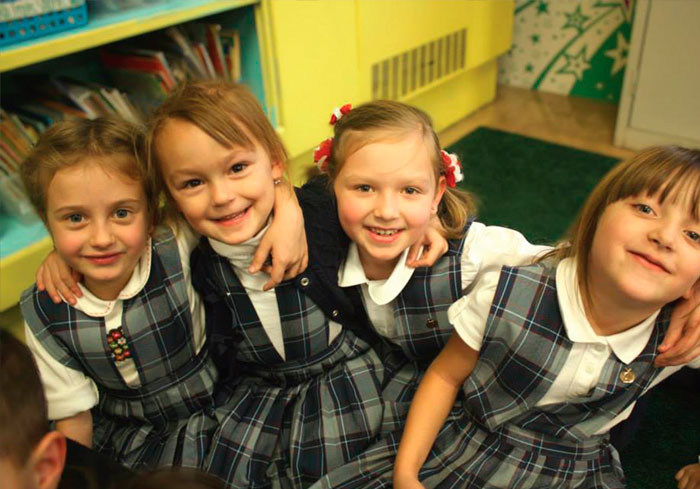 “What Dr. Kurland has done exceptionally well is she raised the level of education,” Holubec said.

“It was already great, and now it’s even better because our Ukrainian community opened its collective mind to accept another, professional perspective. Dr. Kurland is an expert in early childhood education, and her expertise plays into our strategy for increasing enrollment. She knows how to teach the teachers to teach better, and she’s going to keep raising the bar.”

Kurland’s efforts do seem to be working. Enrollment at St. Nicholas has already increased, even though it’s just her second year at the school. 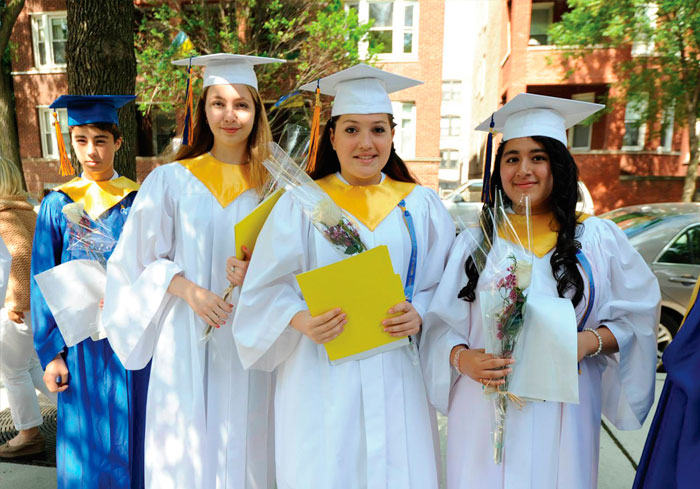 To outsiders, this notion of change is arbitrary, but every year members of the community like the Selfreliance Credit Union, Heritage, and local parishes donate large amounts of money to the school because they believe in it’s bright future. Much of the community’s Ukrainian culture relies on the preservation of the school: educating the youth to embrace their heritage.

For students at St. Nicholas, change is not so arbitrary anymore. For example, children are no longer divided into classrooms according to age, but are instead classified by their academic readiness. A student can be at a grade 8 math level, and a grade 7 reading level.

Now, the school can adapt its curriculum to the very specific needs of each child. In this way, classroom settings have also become more diverse, giving students extra opportunities to engage and learn from one another. For eighth-grade student Stefania Demberecky, the new curriculum has been welcome.

“My school has become a place where your age doesn’t necessarily determine your ability to learn,” Demberecky said. 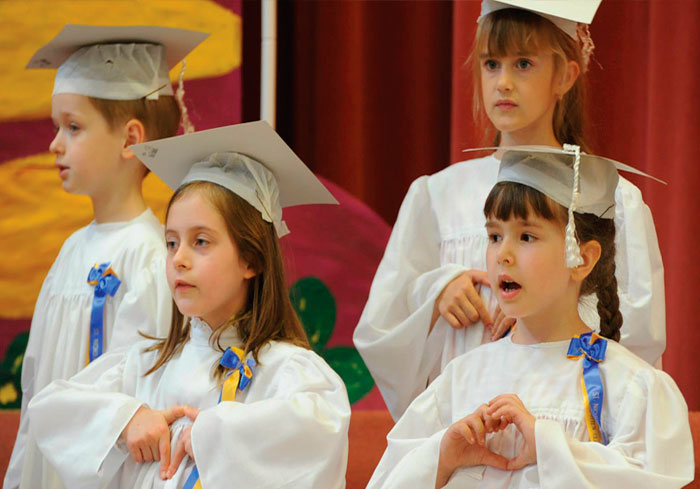 “Our school can be a key player in the creation of a new Ukraine,” Holubec said. “We have the chance to rear our youngest kids now with the Ukrainian spirit so that 10 or 20 years from now they can be advocates for Ukraine, so that they can spread Ukraine’s message to Ukrainians and non-Ukrainians in our community.”

In her daily work, Kurland recognizes the strong community spirit among the students and their families.

“This school exemplifies what some Ukrainians came to America for,” Kurland said.
“They established their culture here, and that continues to be a very strong influence.”

Still, the school has worked to welcome new aspects of diversity to the curriculum. While the Ukrainian culture is strongly embraced and children continue studying the language, the school now also offers Spanish language classes, and the History and Reading programs have been adapted to familiarize students with many other world cultures.