As Ukraine engages in a war against the Russian invasion of the Donbass and soldiers give up their lives for the sake of freedom, a silent war is being waged at the Monastery of the Caves in Kyiv. The Pecherska Lavra is a territory that only includes churches, monastic quarters, the Metropolitan of Kyiv’s residence, and the holy relics of generations of saints, it also houses six National Museums and an artists’ studio. The Moscow Patriarchate, which has exclusive permission to hold services at the Lavra, has targeted the artists’ studios and the museums in what can be described as a corporate raidership of property. If successful, the cultural and artistic heritage of Ukraine and the city of Kyiv could potentially be destroyed.

Overlooking the mighty Dnipro River, the Ivan Yizhakevych Lavra Art Studios was founded over 130 years ago and has housed countless prominent Ukrainian artists and iconographers such as Mykhailo Boitchuk, Maria Pryjmachenko, Heorhii Yakutovych, Petro Vlasenko, Yuriy Khymych and others. Boitchuk, the founder of the Monumentalist School of Art was executed by Stalin on the grounds that he was a Vatican spy. Diego Rivera worked with Boitchuk during the early 1930s at the Artists’ Studio.

Prior to the Revolution of Dignity of 2013-2014, numerous attempts were made to evict the artists from their premises. During Viktor Yanukovych’s presidency the heat and electricity were turned off, eviction notifications were sent, and the artists took to the streets in the hopes that citizens of good will would defend them. In conversations with a former director of the Lavra the reason given for the eviction was that this studio does not serve a religious function. It was rumored that the monastic authorities were planning to remodel the building into a residence for Patriarch Kirill of Moscow.

However, another historical structure was successfully evicted. The Hromashevsky Infectious Diseases Hospital, built at the beginning of the 20th century and funded by the citizens of Kyiv, was closed last year. Metropolitan Pavlo Lebid, instrumental in the eviction of the hospital, has been criticized by the press for money laundering, an ostentatious lifestyle, and celebrating his 50th birthday to the tune of $100,000.00 American dollars. The monks who founded the monastery in the 10th century attended to the needs of the sick by studying medicine, visiting Mt. Athos in the search of medicinal herbs, and by opening the first hospital on monastery grounds. There are plans to turn the building into a hotel for Lavra visitors and pilgrims. The argument of what defines a “religious function” seems skewed in favor of financial profit as opposed to meeting the needs of the poor, sick and marginalized. 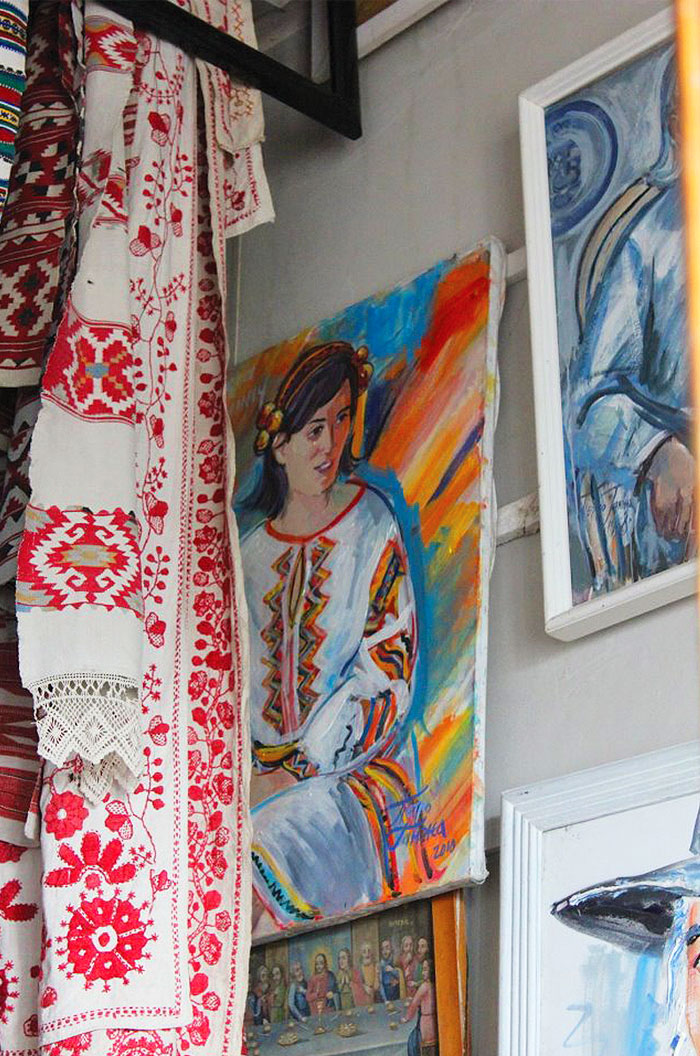 The Monastery of the Caves (Pecherska Lavra) has been designated as a UNESCO World Heritage Site. The guidelines for the inclusion of a site are the following:

Each property nominated should therefore: represent a masterpiece of human creative genius; or exhibit an important interchange of human values, over a span of time or within a cultural area of the world, on developments in architecture or technology, monumental arts, town-planning or landscape design; or bear a unique or at least exceptional testimony to a cultural tradition or to a civilization which is living or which has disappeared; or be an outstanding example of a type of building or architectural ensemble.

The stewards of a UNESCO World Heritage Site are tasked with the responsibility of maintaining the site’s historical authenticity. Building new structures and the reconstruction of buildings that mar their original design are strictly forbidden. Repurposing a structure also brings the UNESCO designation into question and constitutes a violation of this status. 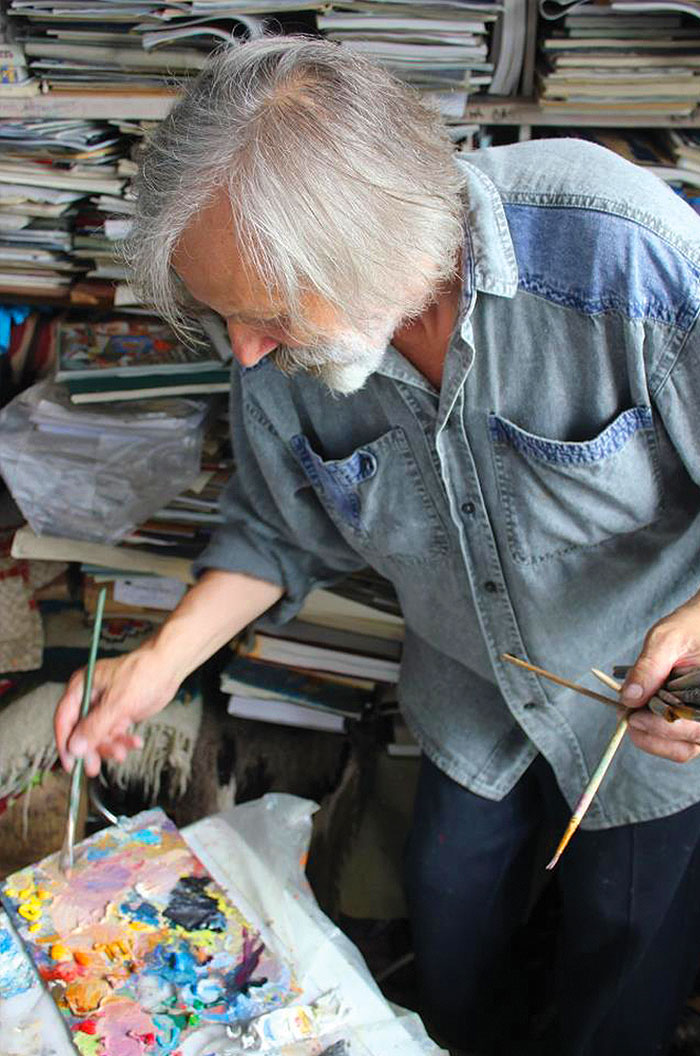 The building which houses the Ivan Yizhakevych Lavra Art Studios was constructed solely for the study and propagation of the visual arts. It is the duty of Ukraine’s Ministry of Culture, the administration of the city of Kyiv, and the Monastic community of the Pechersk Lavra to uphold, maintain and foster the legacy of the founding artists and to guarantee the continued presence of their descendants for generations to come.

The controversy surrounding the eviction of artists’ studios and the national museums is ongoing. The National Museums and Institutes threatened by closure at this time: 1) Museum of Decorative Arts, 2) the Museum of Theatre and Cinema, 3) the Museum of Printing, and the 4) National Institute of Scientific Research and the Protection of Cultural Monuments. 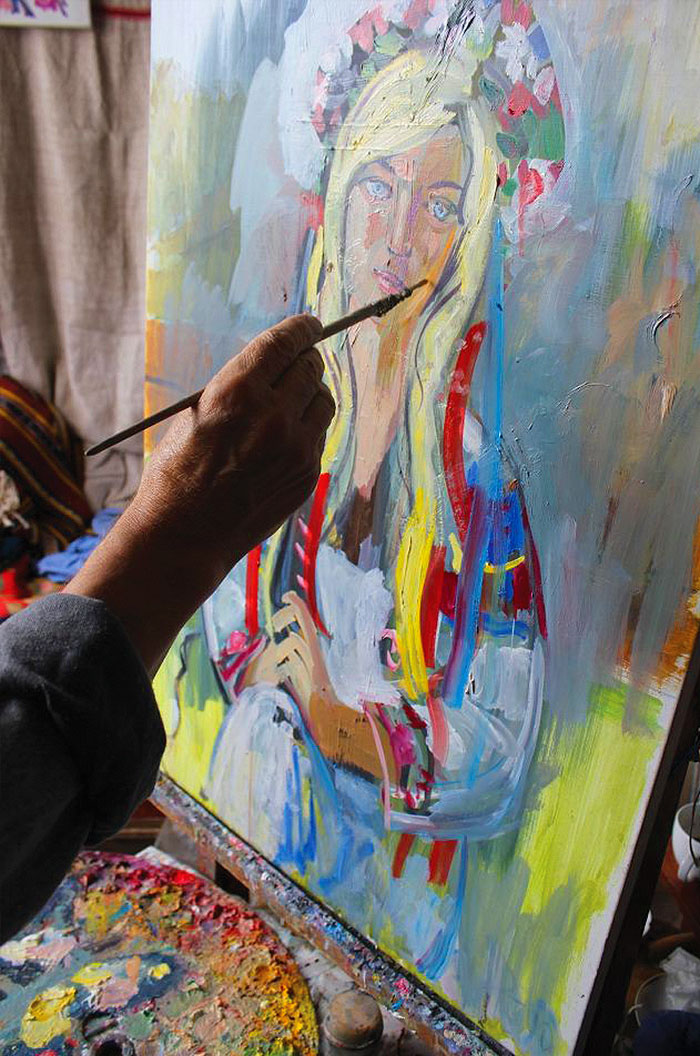 The silent war which is being waged on the Ukrainian culture and heritage by the Moscow Patriarchate needs to be exposed. As over a hundred Maidan activists were gunned down by Russian snipers last year, video footage was captured on the grounds of the Pecherska Lavra showing monks burning what seemed to be stacks and stacks of documents. What were they burning and what were they trying to hide?

The very presence of a foreign church entity on Ukrainian soil needs to be responsibly reviewed by government authorities. This is of particular importance when that church entity, the Moscow Patriarchate, actively supports terrorism, refuses to bury Ukrainian soldiers killed on the frontlines, and agitates the faithful to hate a legitimately elected Ukrainian president and parliament. If the stewardship of the Pecherska Lavra was in the hands of the Kyivan Patriarchate the place and integrity of Ukrainian cultural museums and institutions would be in safe hands.

This brief article constitutes a preliminary attempt at bringing this matter to the attention of our worldwide Ukrainian diaspora community and to all persons of good will. Please take the time to inform your friends and to advocate on behalf of our esteemed Lavra artists and all of the historical and cultural museums and institutions at the Pecherska Lavra.

Read more
Nemtsov’s Assassination and the Death of Russia