In the last few years, I have been fortunate enough to have an opportunity to examine my Ukrainian identity, and really discover my identity as an American while at it. I do realize that being descended two generations from second-wave immigrants, I am one of only a handful of my demographic who have held on to their culture, scores of which only hold on to their heritage by going to ‘babcha’s’ cute house on Christmas eve with her funny little ‘old country’ ways.

– Growing up, I never doubted once that I was a Ukrainian 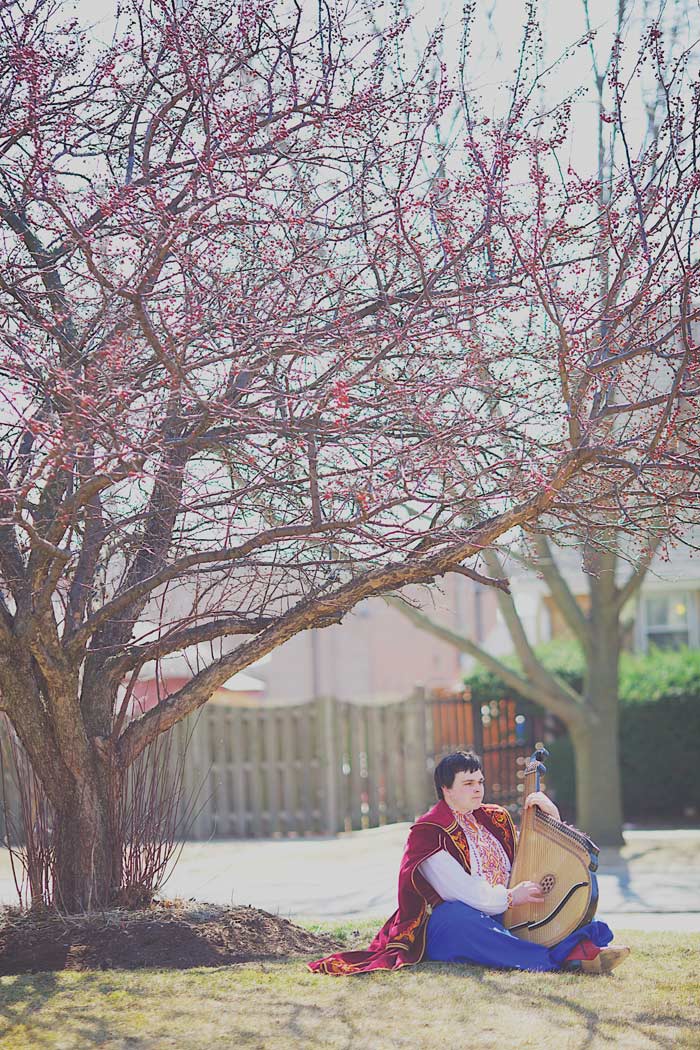 Growing up, I never doubted once that I was a Ukrainian; and, for all intents and purposes,  I was 100% Ukrainian. Every textbook I had bore a scribbled tryzub, my favorite colors were blue and yellow, my favorite food was always varenyky, my school portraits and drivers’ license photo depict me in an embroidered shirt, I spoke with a heavy accent through fourth grade, and when asked what my favorite poem was in the sixth grade, I recited Taras Shevchenko’s Zapovit. It didn’t matter that I lived in the United States, because everything about the Ukraine that I knew and loved was right here. Being Ukrainian made me feel special, unique, and for however many times I was mocked for not being a cookie-cutter American, I never resented my Ukrainian heritage. It was not until very recently did I have to reevaluate why I still hold on to this culture with such a death grip.

My first trip to Ukraine was as a high school graduation gift. I had begged my parents for years to go there, even live there.

My parents were well aware that this would be an important milestone in my life, and wanted to make sure my first time in Ukraine was one where I could appreciate it fully; and I am extremely thankful to my mother for sending me at that age.

While flying over the Polish-Ukrainian border, I am not ashamed to admit that I cried in an overwhelming emotion that had been building up my entire life. I was finally face to face with the land I read about, sung about, heard about, and certainly prayed about.

Then, as quickly as that high was built up, it was crushed. Within days, I was scolded for being a traitor, a fraud. I was met with an admittedly unexpected emotion of resentment for being not a ‘real’ Ukrainian. The accusers may have had a point that I wasn’t quite ready to argue, what makes me a Ukrainian if I don’t live in Ukraine? Why bother with the Ukrainian language if I already know English? The biggest question was ‘why did your grandparents leave us to fend for ourselves when times were tough?’ 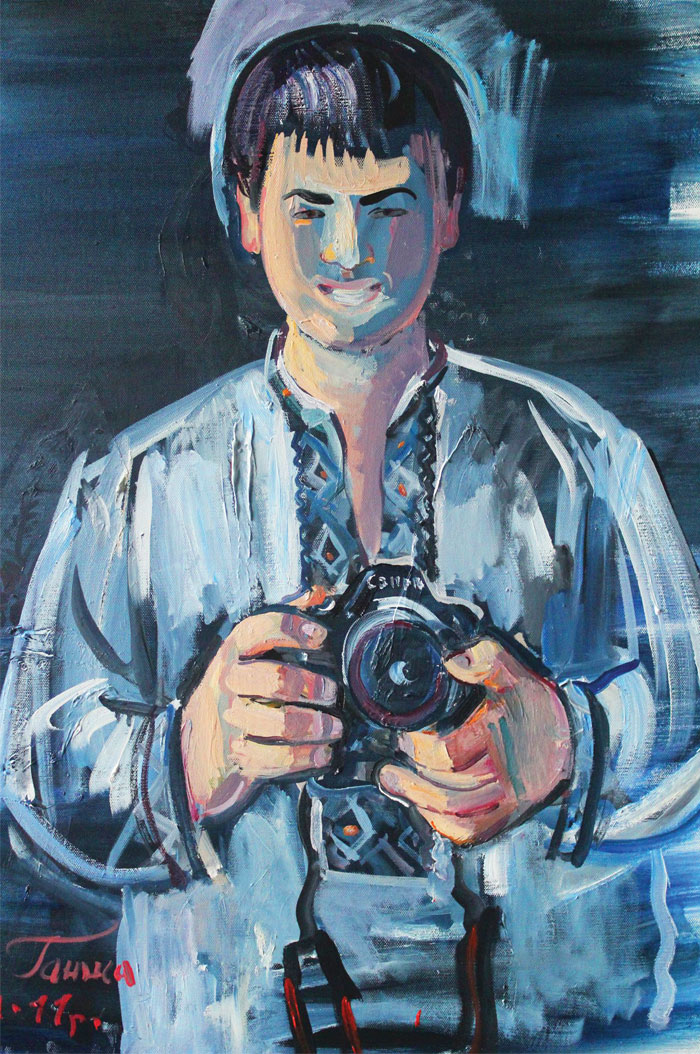 At the time, I had no answers to these questions; and still today, I often struggle with justifying my answers to them. The fact of the matter is that my grandparents were forced to leave, a reality that many people on both sides of the Atlantic have trouble understanding in the 21st century.

While in Ukraine, I was referred to as the ‘American’ the ‘foreigner’. It was so confusing, while I felt at home in Ukraine, some people sincerely believed that I should go back from where I came.

Often times while around people in Ukraine, I was assigned the nickname “the American.” I was bothered by this because up until my summer in Ukraine, I never really considered myself an American. While living in the United States, though surrounded by its daily life, I always felt different. I had culture, history, what did those around me have? Boring pilgrims and men in wigs.

Looking back on my first trip to Ukraine and with every subsequent trip, I increasingly understand the dichotomy between Ukrainian and American; and why to the people who live in Ukraine, why I’d be classified as American: I was born in the United States, I spoke English, and, perhaps most importantly, I held an American Passport. It was only when I first visited Ukraine that I realized that being a Ukrainian doesn’t hinder my being American, and my being American certainly does not make any difference on being a Ukrainian.

That’s the unique thing about living in the United States. That’s what sets it apart from 99% of other countries.

Very few non-Americans understand the concept of Nationality versus Citizenship. According to the Oxford dictionary, a nation is “a large body of people united by common descent, history, culture, or language…” and a citizen is “a legally recognized subject or national of a state or commonwealth, either native or naturalized.”
You can see these definitions are not interchangeable because for someone to be a citizen, they don’t necessarily need to be united with other citizens on anything other than a common government. To belong to a nationality, there has to be a combination of common descent, history, culture, or language.

For example, a Frenchman can be a Ukrainian citizen, but that doesn’t inherently make him an ethnic Ukrainian – the latter takes work and love, persistence in self-identification.

Although my grandparents, parents, and I are citizens of the United States, we all identify with the Ukrainian nation because of our common descent, our influence in the history of the people, and our proliferation of the culture and language (no matter what dialect it is or which pravopys it follows). Granted, a nation may be tied to its land, but it isn’t essential to the nation’s existence as a nation is based solely in the people that belong to it.

Remember, the ethnonym of “Ukrainian” existed long before independence in 1991.

Look at the Hebrew people, their nation existed for almost 2,000 years without a government or land, Look at the Roma people who have maintained their culture, even as nomads. You could even take a look at the Ukrainian nation that saw more growth during times of occupation under the Mongols, Turks, Poles, and Muscovites, with some of the most poignant playwrights, poets, scholars, and politicians developing a Ukrainian identity without a Ukrainian state or in exile.
The very unique thing about a nation, as opposed to a state is that it doesn’t need a governing body to progress, evolve, and stay together, in fact it is strongest when there are conscious members of the nation who feel a need to pass along the values of that nation to the next generation.

Though the Ukrainian diaspora and ethnic Ukrainians have been incredible with regards to their financial and moral help toward Ukraine, it has found the maintenance of its ethnic customs somewhat cumbersome.

It would seem that in some ways – and this is going to sound harsh – people have left the development of the Ukrainian Nation to the Ukrainian State exists, feeling that by virtue, a state, because of its namesake, exists for the best interest of the ethnic nation it is supposed to represent.

While political organizations seem to thrive in the diaspora, especially with newer immigrants who have more invested in the political future of Ukraine, fraternal ethnic organizations have been struggling for purpose, evident by dwindling membership numbers. While both are healthy, both have to be run confidently in their missions and identities.

The questions that Ukrainians in Ukraine posed to me that first summer are very pertinent, and I believe that anybody willing to label themselves Ukrainian in the diaspora should strongly reflect on what that claim means. Is it simply the place where our parents and grandparents were born, nothing more? Is it the lens through which we see the world? Is our identity solely based on the language we speak? Can culture transcend language and blood?

My love of all things Ukrainian is unceasing, and it is nearly impossible for me to assimilate to the culture of the country in which I was born and live. However tied my culture is to that of European Ukraine, I will never be accepted there. Rather, I live in the Ukraine which my parents and grandparents built for me, built from the warm American earth.

The above article was written in the Spring of 2012, and has since not been published. While very much has changed since its writing, I still believe every word of it to be true.

After three trips to Ukraine in the last year to observe the Euromaidan and its subsequent elections, I believe that Ukrainians living in Ukraine have largely familiarized themselves with the separation of ethnicity and state, welcoming the Diaspora in many ways.

Despite the war raging in Donbas, itself ethnically ambiguous in many areas, we can’t forget our obligations to ethnic identities. Yes, Ukrainian civic patriotism, blind to ethnicity, has far surpassed anything Ukraine has seen in recent history, but that doesn’t always help an ethnic Ukrainian child struggling with his or her identity in Chicago. Being Ukrainian has to be more that being from Ukraine, it has to be living the Ukrainian way of life, and shaping a worldview around Ukrainian values.

Be alive, right where you are.

His Beatitude Sviatoslav, Patriarch of the Ukrainian Greek-Catholic Church, recently underlined this during his trip to Canada in May of 2014, thanking the Diaspora for lobbying politicians in their respective countries on behalf of Ukraine, organizing protests in front of Oligarchs’ homes, sending hundreds of thousands of dollars to medical and recovery efforts on the Maidan and the Anti-Terrorist Operation.

“We are even more grateful for the fact that [the Diaspora has] become such a vital element of the leadership of various democracies like Canada and the United States, because [the Diaspora has] helped these countries become the allies of the people of Ukraine in their struggle for freedom and human dignity,” said the Patriarch, “That is the proper role of our diaspora: not to live for Ukraine, but to live…Be strong. Be alive, right where you are.” 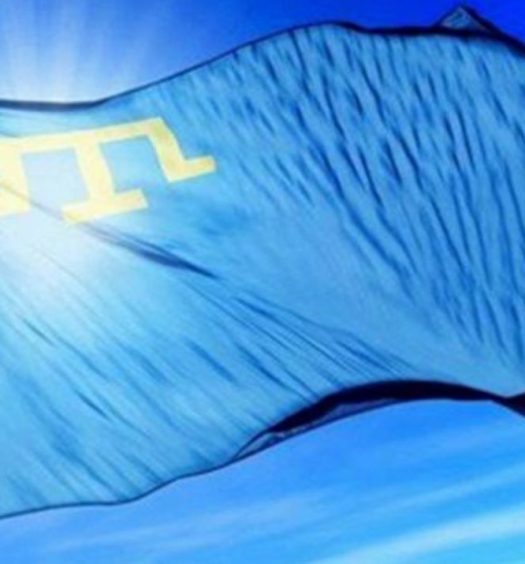 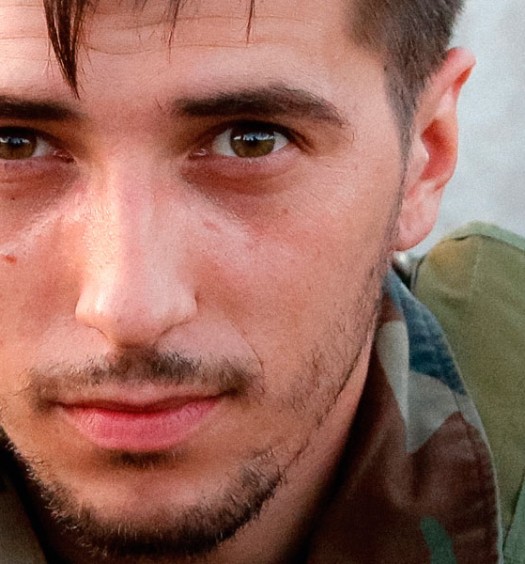