Oksana Karavanska is Ukraine’s leading designer. Her fashion line intermingles traditional Ukrainian folklore with modern couture. Since opening the first Ukrainian author’s boutique and registering the Oksana Karavanska trademark in 1997, Karavanska has been considered one of the most famous and influential designers in Ukraine. Famous in Europe and in the US, Karavanska has played a role in bringing the Ukrainian “vyshyvanka” to the frontlines of today’s fashion trends.

Vyshyvka is handmade embroidery. The embroidery can range from just one color to an infinite number of colors. The most basic vyshyvky use red embroidery on white shirts, but Karavanska concentrates on color and design, stretching the realm of creativity to new bounds. 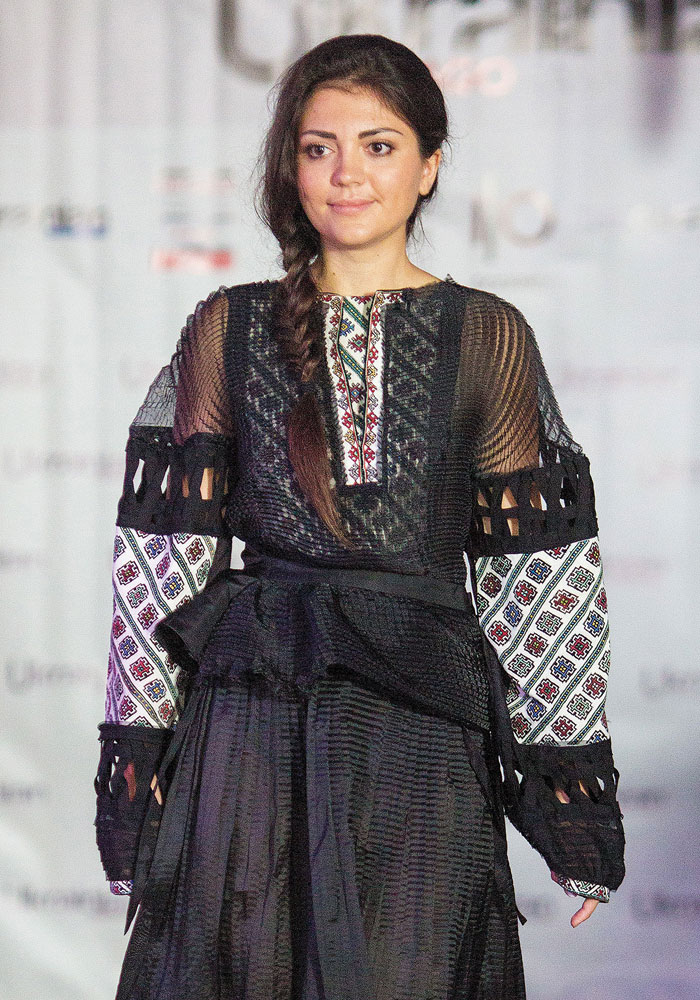 For Karavanska, the vyshyvka is an important trademark of Ukrainian culture.

“I hope that every Ukrainian family has a vyshyvka that parents can pass to their children,” Karavanska said.

In September, Karavanska brought her vyshyvka collection to Chicago and featured her original designs in the Ukrainian Chicago Fashion Show, an event organized by the Ukrainian Chicago Magazine. Hosted at the Godfrey Hotel Rooftop Bar, the one-of-a-kind show fused culture and couture against the backdrop of the Chicago skyline. 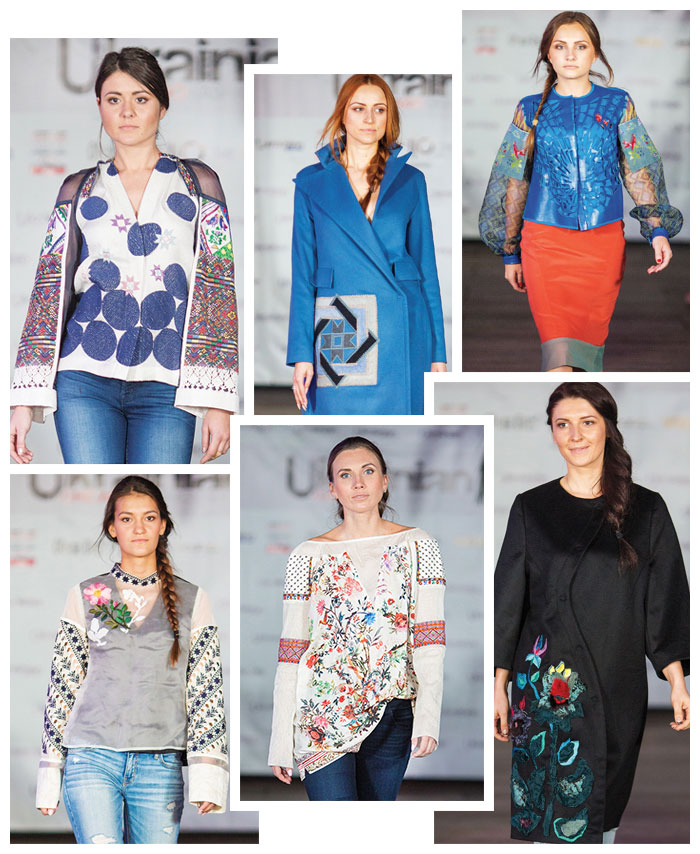 Miss Ukrainian Diaspora 2014, Ulyana Fenyn, greeted the guests. Founder of the Latino Fashion Week Cesar Rolon was also in attendance. Almost all fashion tickets were sold out long before the event. After the show, guests had the opportunity to network with Karavanska and even shop for original pieces from her newest collection. 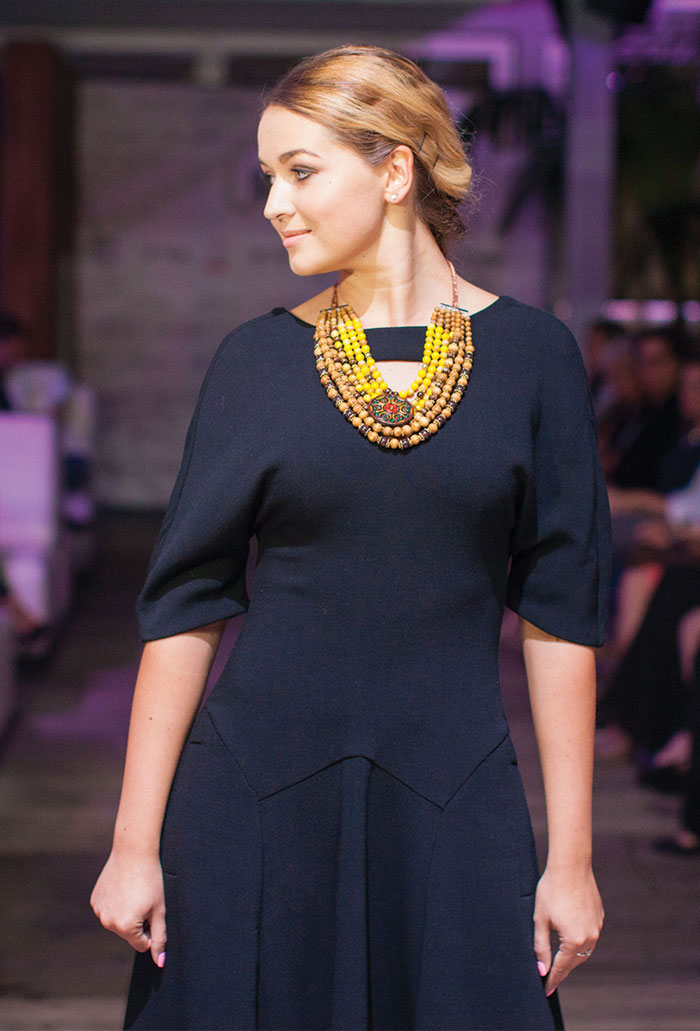 The fashion show models showcased a wide variety of Karavanska’s designs, from jackets and dresses to traditional vyshyvky. Her new line of stylish black dresses was embellished with jewelry created by designer Roksolana Prokopiv. 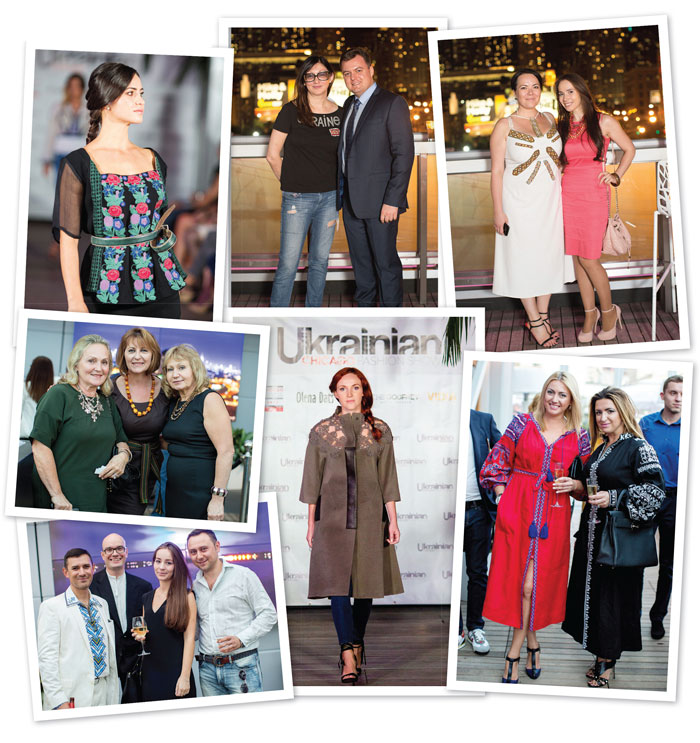 “Of course, the shirt was very old,” Karavanska said. “The embroidery preserved very well, but the fabric, unfortunately, was ruined. I saved the embroidery, divided it, and sowed shirts for myself and my daughter.” 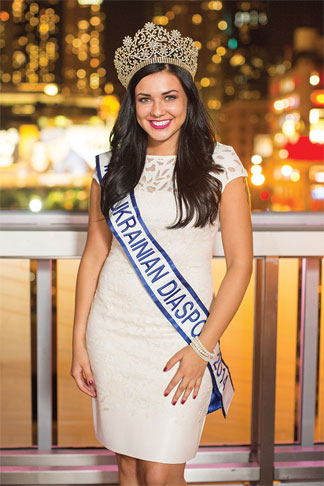 For Karavanska, items with sentimental significance are especially important.
“Now there are a lot of embroidery prints being sold that seem to be based on the vyshyvka – prints of cheap quality, some of which are even produced in Chicago,” Karavanska said. “On the one hand, that’s exciting. It means our vyshyvka is popular in the world. On the other hand, it makes me want to renew the historical significance of the vyshyvka, which in the past has been passed down from generation to generation.”

In designing most of her vyshyvka couture, Karavanska uses pieces of original embroidery from antique shirts and from handmade embroidered home décor. The historical significance and cultural value of the vyshyvka isn’t lost on Karavanska, despite embroidery’s recent entrance into the realm of mainstream fashion. For Karavanska, the vyshyvka is an inspiration, one that stems from a deep love of her country and people. 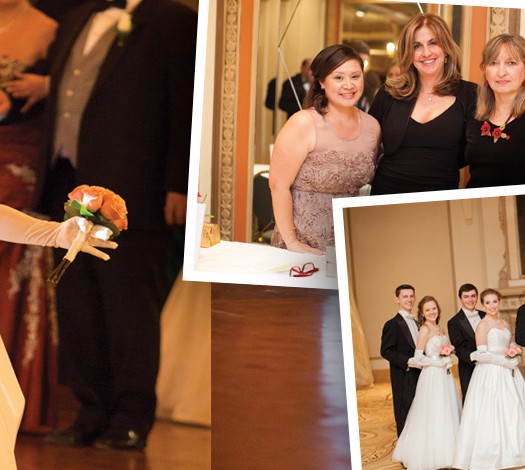 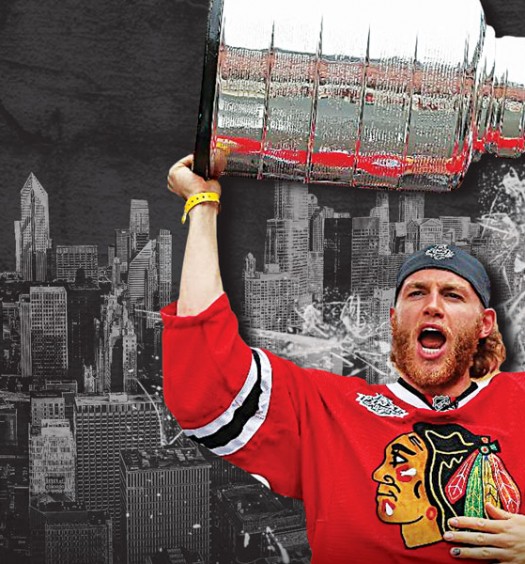