For over thirty years, the representative of Ohio’s 9th Congressional District, Marcy Kaptur, has been devoted to and loved a country in turmoil, but her loyalty to Ukraine has endured much longer than just 30 years. For Congresswoman Kaptur, it’s been a lifetime.

Congresswoman Marcy Kaptur has fused her love for Ukraine with her 16th congressional term by co-chairing the Congressional Ukraine Caucus, and co-sponsoring the Ukraine Freedom Support Act. On January 25th, the Congresswoman was honored by Chicago’s Ukrainian Diaspora for her continued support for Ukraine’s heroic freedom fighters. 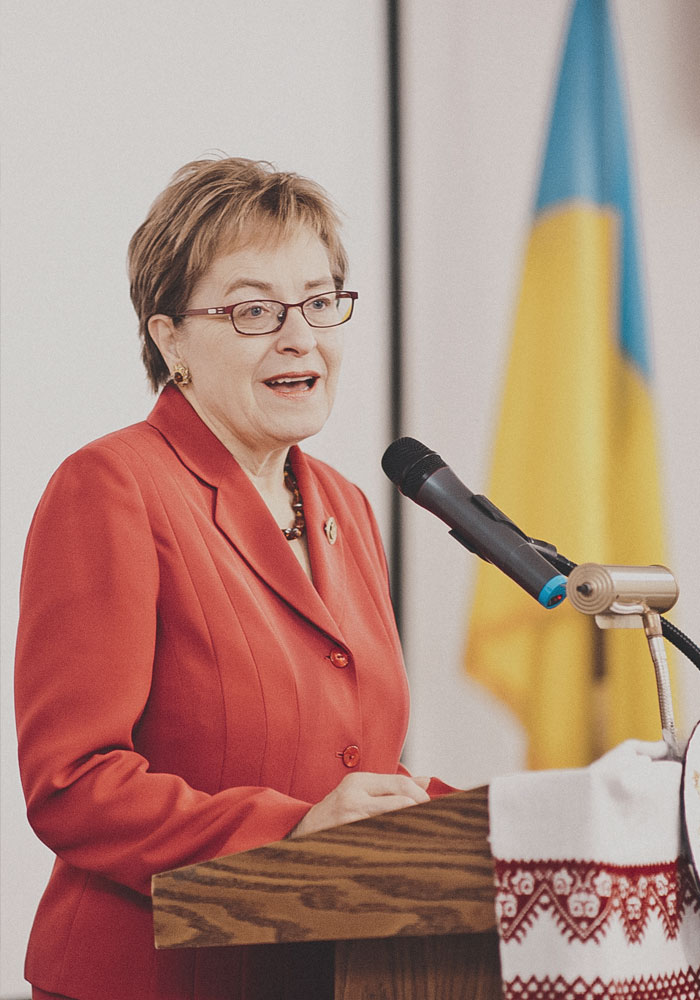 “I feel an obligation as a leader of the free world to help,”

Congresswoman Kaptur said in an interview for Ukrainian Chicago Magazine. 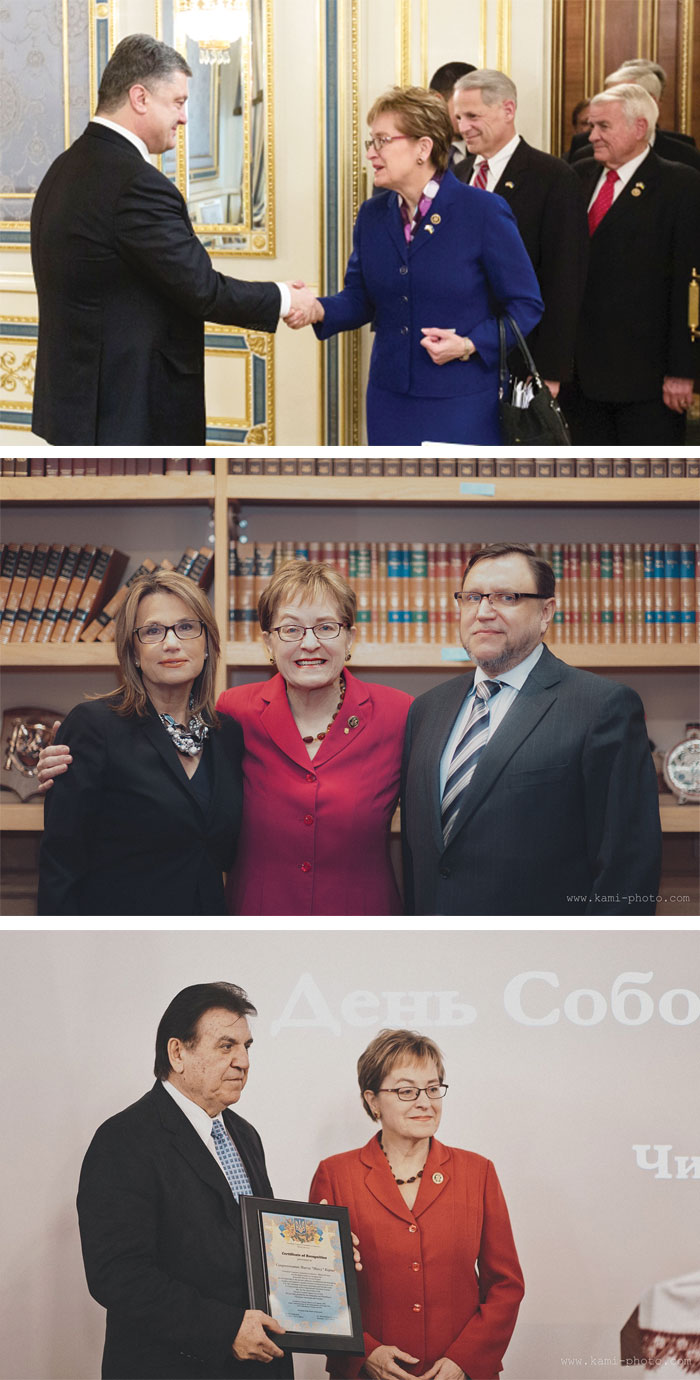 “This is a pivotal moment in history for Ukraine, and the people of Ukraine want to be free. They want to access not just the West, but the East, North, South… They want to be an open society. Why wouldn’t we want to help them?”

The Congresswoman’s own familial roots are deeply entwined in Ukraine’s complex history. Humble and honorable, Congresswoman Kaptur speaks highly of her Polish grandparents who emigrated from Ukraine in the early 1900s. Forced out of the country by Stalin’s regime and a Nazi invasion, Congresswoman Kaptur’s family, formerly known as the Rogowskis, lost contact with all relatives.
“Our grandmother’s family on our mother’s side, came to America way before World War I because of what was happening in that part of the world, and our family was shattered, as were millions of other families,” Congresswoman Kaptur said. “Many of our relatives, as we came to learn much later because communication was completely cut off for almost a century, died there. Some starved to death, others were sent to the work camps.”

It wasn’t until 1973 when the Congresswoman and her mother Anastasia Rogowski traveled to Soviet Ukraine that they reconnected with her grandmother’s brother who had been a political prisoner.

“I’m just a survivor of history because of the luck of who my parents were.”

Perhaps it’s gratitude for this luck and a deep connection to humble familial roots that’s pushed Congresswoman Kaptur to achieve far more than do most in the U.S.

By age 13, the Congresswoman was already a volunteer for the Democratic Party. She graduated from St. Ursula Academy in 1964, and then became the first member of her family to attend college. She graduated from the University of Wisconsin in Madison, and then completed her Masters in Urban Planning from the University of Michigan in 1974. Still, the Сongresswoman’s educational accomplishments are not nearly the most impressive part of her life achievements. Today she ranks 17th in seniority among the 435 members of Congress. 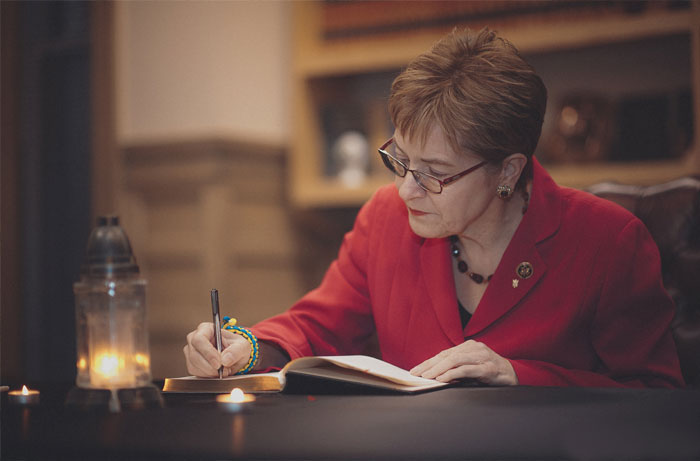 “The Ukrainian Freedom Support Act will provide resources to help Ukraine over this very difficult period with humanitarian assistance with various types of civil exchanges, and civil development programs so it can rid its government of all levels of corruption,”

Congresswoman Kaptur said. “That sounds easy to say, but hard to do. This is something I hold very closely, and care very much about.” True to her word, Congresswoman Marcy Kaptur has proven over and over just how much she cares.

Even in her first congressional term, the Сongresswoman was instrumental in passing a bill to create a commission on Holodomor, the Ukrainian Genocide of 1932 that had once been widely denied. Connections to the famine proved deeply personal, as Congresswoman Kaptur cited losing her own family members to the hunger.

The Congresswoman’s work on Ukraine’s behalf has been continuous over the years. In recognition of her constant support, Congresswoman Kaptur received a personal thank-you from Ukrainian President Petro Poroshenko during her last visit to Ukraine in March.

Marcy Kaptur’s strong sense of humility, her personal ties to the country, and burning passion for change are manifest in her words on the current Russian invasion of Ukraine.

“This will go down in history as a pivotal moment in Ukraine’s progress towards liberty,”

Congresswoman Kaptur said. “It is a most somber moment, but generations to come will remember this moment and will bow down to those who have shed their blood for freedom.”

While Ukraine’s future hangs in the balance, at least one thing remains certain. With politicians like Congresswoman Marcy Kaptur, Ukraine’s story will surely live on in the hearts of Ukrainian-Americans nationwide who are fighting abroad in support for Ukraine’s present-day heroes. 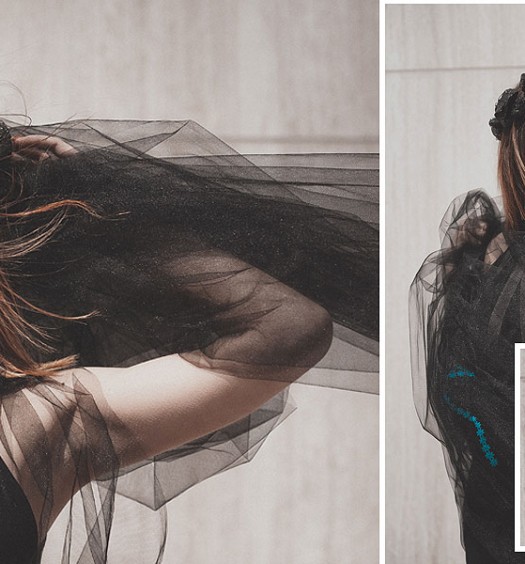 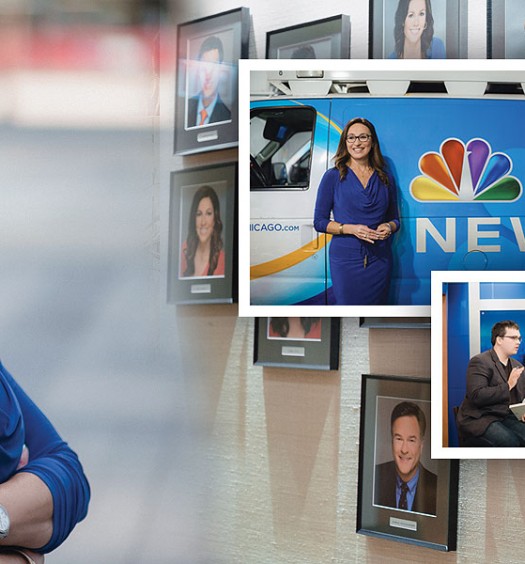