A celebratory dinner with special guests Mike Ditka and his wife Diana was hosted at Ditka’s restaurant by St. Nicholas Cathedral School on May 5, 2016. Irka Tkaczuk, chair of the school’s Board of Directors, Motria Melnyk, Board of Directors and co-chair of this event, and Anna Cirilli, school principal, designed and organized this uplifting and joyous fundraiser. This event caps a three year success story which averted the school’s closure. Coach Ditka exemplifies determination, and hard work. By recognizing his life of commitment, the determination of the students, teachers, fellow educators, and donors participated in a shared sense of accomplishment. 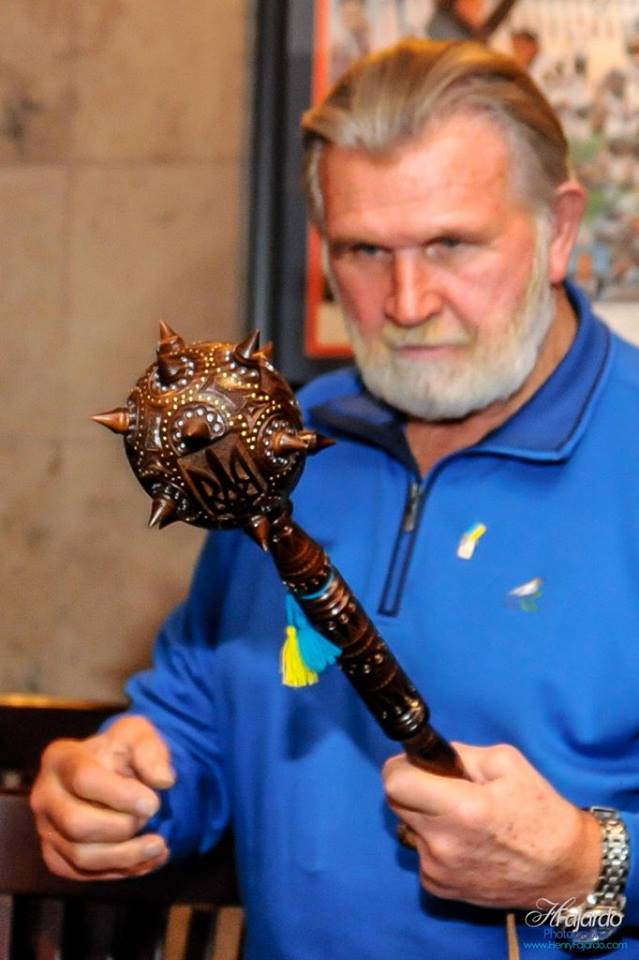 At a time when public and private schools are being closed in the city of Chicago due to rising costs and the lack of funding, the challenge of reversing this trend is overwhelming. It is rare that a school earmarked for closure can be successfully turned around, remain open, and prosper.
St. Nicholas Cathedral School, located in Chicago’s trendy Ukrainian Village, also faced the threat of closure. It was Lev Holubec, partner at PricewaterhouseCoopers, who catalyzed the energy needed to transform what seemed to be a hopeless situation into a powerful example of how to win when faced with adversity.
Lev Holubec is no stranger to adversity and to those who say “it won’t happen” or “it’s not worth bothering.” His ability to “make it happen” is actually a talent that few seem to possess. In the context of turning around the school, a new board was organized, academic achievement levels assessed, and a new principal employed.
As the newly appointed principal of St. Nicholas Cathedral School, Dr. Susan Kurland, became a living example of inspiration and positive energy. Even before the school year commenced, renovations took place. The entrance to the school was painted and transformed. The industrial dark grey metallic surface of the doors were painted with colorful and evocative images that invite students and faculty to pass through the school’s threshold. If they spoke in the language of humans they would say: “Pass through these doors, engage your imagination and learn.” The symbolism of the colorful entry into school building describes a deep psychic process: walking through an invisible portal into greatness.
A few of the successes include: Ms. Talaber Matwyshyn winning the Golden Apple Award for excellence in teaching, the reaction of the STEAM (science, technology, engineering, art and math) Lab, the introduction of iPads to enhance learning, and the development of a dynamic theater and arts group. It is not surprising that enrollment has almost doubled. 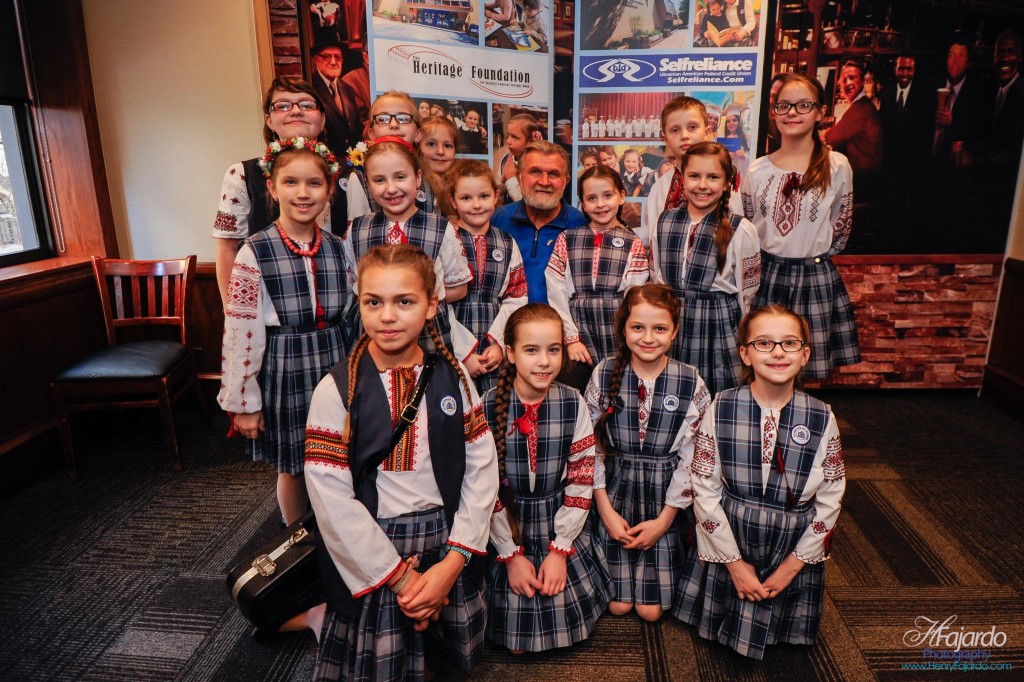 Dr. Kurland has passed the baton to Ms. Anna Cirilli who continues to build upon the school’s success stories. Along with her assistant principal, Ms. Lisa Swytnyk, faculty and staff the rewards of determination and hard work continue. Fifty percent of this year’s graduating class have been awarded the Daniel Murphy Scholarship which cover the costs of education at a school of choice for four years. All of the scholarship recipients chose St. Ignatius College Prep. 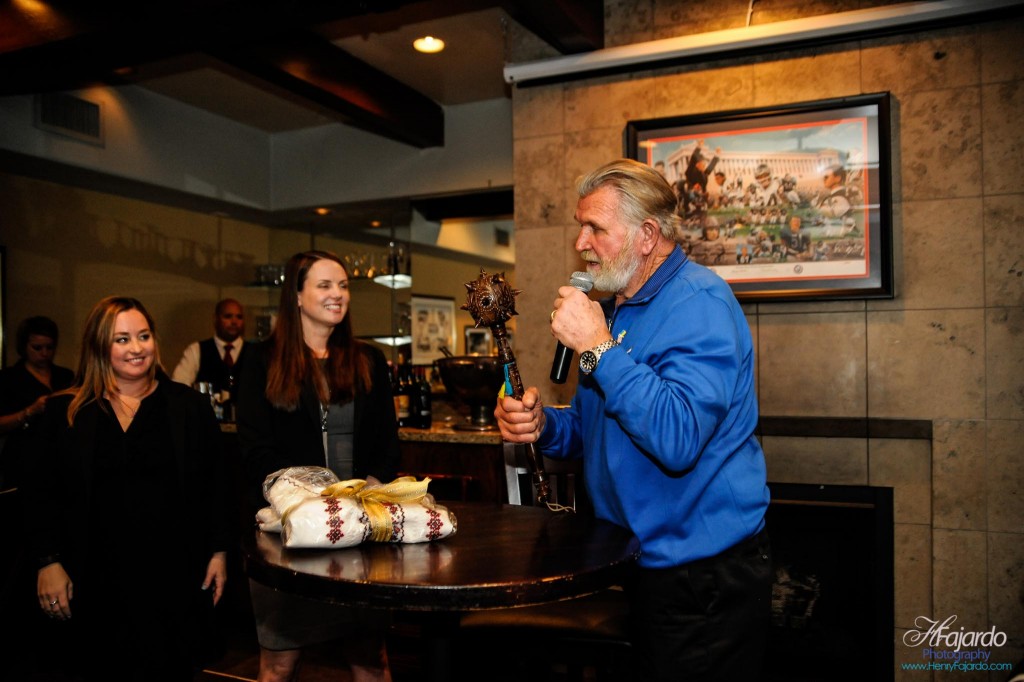 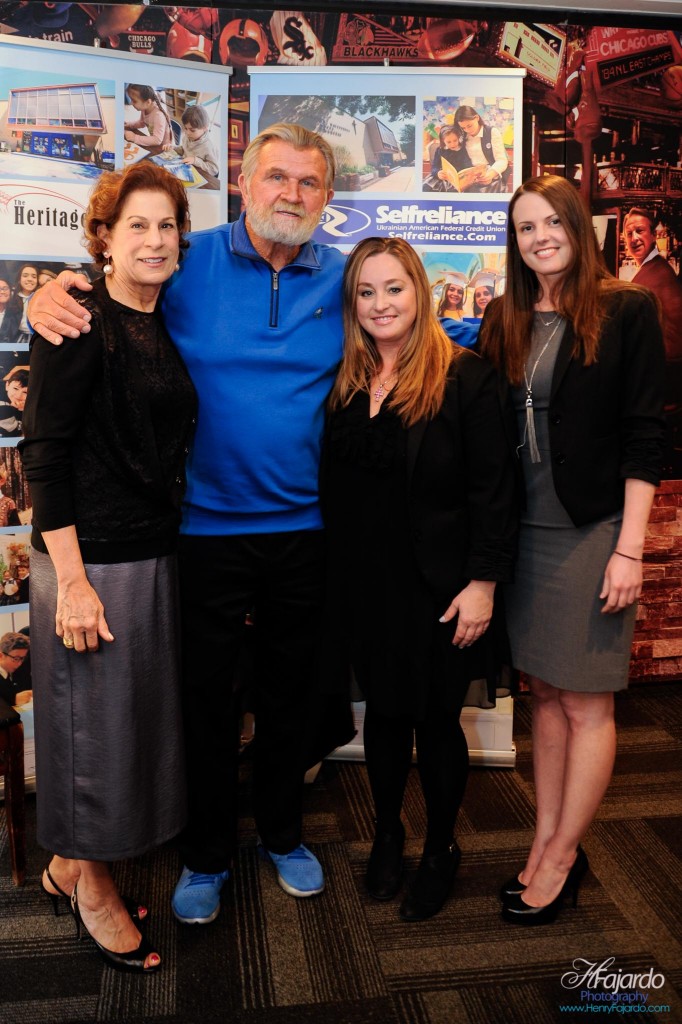 Father Bohdan Nalysnyk, rector of St. Nicholas Cathedral, blessed the meal and the attendees. Irka Tkaczuk proceeded to thank corporate and private sponsors for their continued generosity. Without the kindness of alumni and the financial institutions of the Ukrainian-American community St. Nicholas School would not have survived. 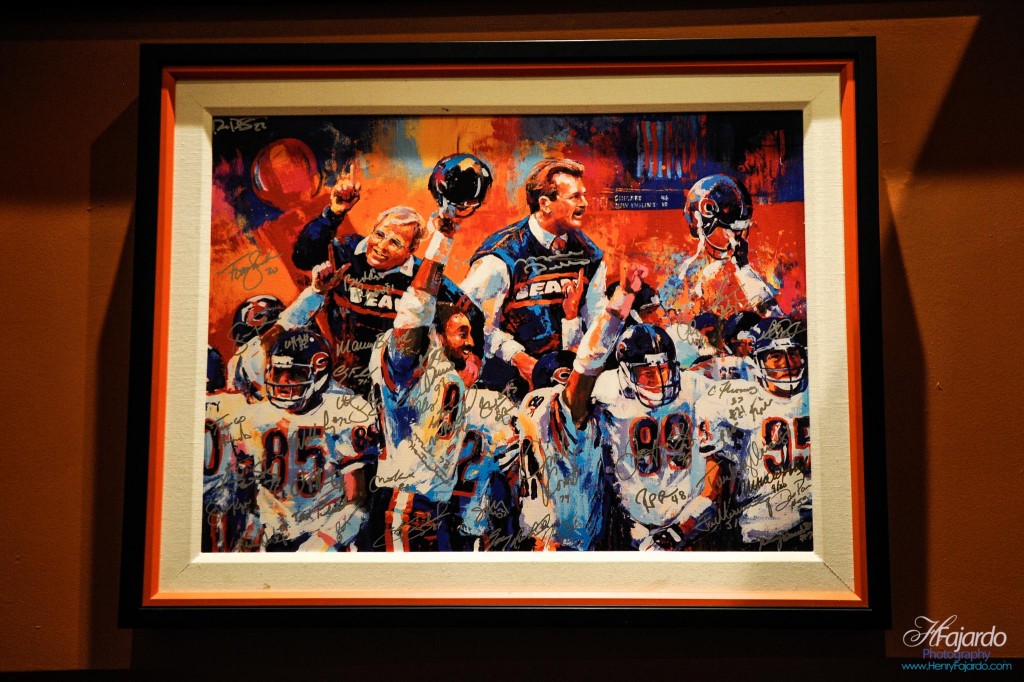 The highlight of the evening was the guest of honor Mike Ditka and his wife Diana. Ms. Anna Cirilli introduced the honorees and invited Da Coach to speak. Mike Ditka expressed his delight and praised the student choir for their performance. He spoke of the amount of discipline and work needed to raise successful children especially when faced with hardship. Ditka talked about his childhood, his hometown of Carnegie, Pennsylvania, and his Ukrainian roots. Good sportsmanship and perseverance helped to shape his career in professional football.
At the close of this successful fundraiser, Ms. Anna Cirilli and Ms. Lida Swytnyk presented Mike Ditka with a ceremonial “bulava,” a wooden mace encrusted with the trident, Ukraine’s national symbol. Mrs. Diana Ditka was presented with a traditional embroidered blouse. The evening concluded with Coach Ditka responding to questions posed by the attendees.

Reprints of this article are forbidden without the author’s permission. 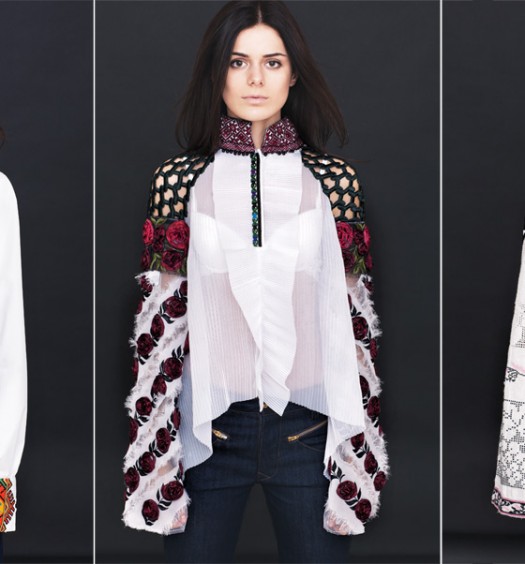 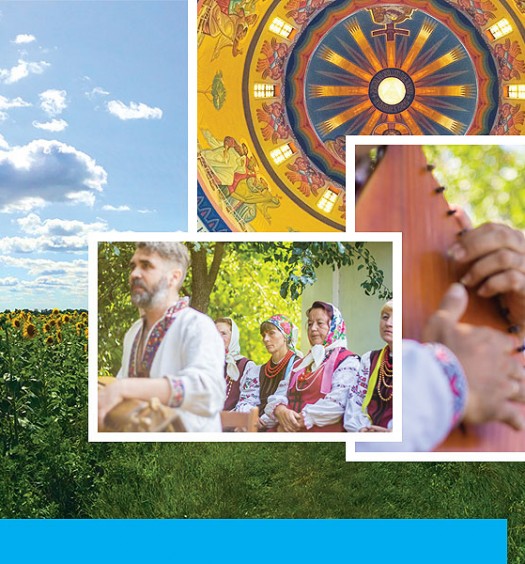 Read more
Coming of age with Ukraine
Submit a Comment