It can be taken as a given that politicians talk a lot of nonsense. In Ukraine, leading up to the Maidan revolution that ousted the Yanukovych regime, the political elite of that country had become experts at talking nonsense. They seemed to be competing with each other over who could use the most words and still say the least.

In addition to the parliamentary circus being played out on the TV news, by all accounts, Ukraine was, and still is, one of the most corrupt countries in Europe. Under these circumstances, the groundwork had been laid for a popular uprising. It was also the perfect environment for a political comedian to thrive.

Cue Michael Shchur, a character created by Ukrainian journalist Roman Vintoniv, who, posing as a reporter from the Ukrainian Diaspora in Toronto, began interviewing Ukrainian MP’s in the Parliament building wearing a traditional Ukrainian embroidered shirt and a fake mustache, feigning a foreign accent and asking ridiculous questions with hilarious consequences.

From a handful of funny videos posted on the Internet, the project eventually grew into a weekly news parody program that currently airs on three television networks in Ukraine.

What’s unique about Michael Shchur, is that he turns the traditional Ukrainian immigrant story on its head. As the story created by Vintoniv goes, Shchur grew up in Toronto in a family of Ukrainian immigrants. Deciding to leave the relative safety and comfort of the West he moves to Kyiv to work as a journalist. Having grown up in the Ukrainian Diaspora, Shchur is stereotypically a Ukrainian patriot. Yet, as an outsider in Ukrainian society, his character is able to explore hot-button political issues like corruption with a sort of naive curiosity often catching his interview subjects off-guard.

Although Shchur’s show is meant to be entertaining, it plays an important role in Ukraine’s developing democracy. While those in power tend to hide behind populism, Shchur tells the truth by poking fun at the establishment. In that same vein, his show often brings attention to government inaction, official corruption, and Ukraine’s selective justice system. Franklin D. Roosevelt once said, “The conditions for democracy and for art are one and the same.” As long as the show remains on the air and uncensored, Ukraine’s new democracy still has a chance. 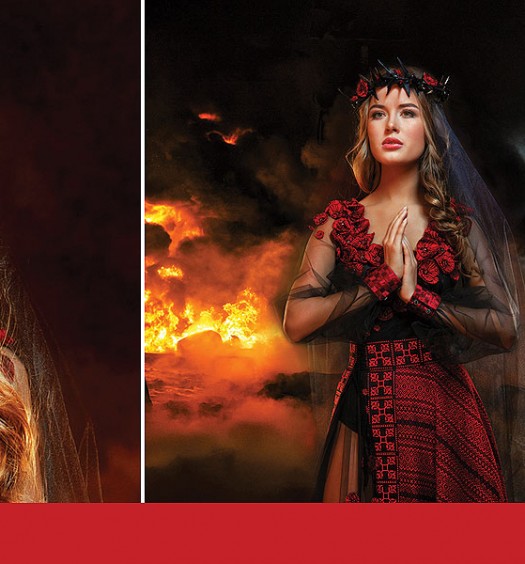