Open any book on Russian history and you may be surprised to find that the story begins, not in Moscow or Petersburg, but in the Ukrainian capital, Kyiv. Perhaps less surprising is that Ukrainian history books begin in the same place.

This is because both countries, as well as Belarus, claim the Medieval principality known as Kyivian Rus as their cultural heritage. This commonality has worked to foster both cooperation and conflict between these two neighbors, and in certain areas, has created an ambiguity that seems to blur the lines separating the two. 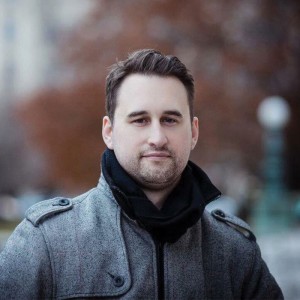 This line has in fact moved several times over the centuries. Whether it was called Muscovy, Russia, or the Soviet Union, Ukraine’s eastern neighbor has a long history of annexing its territory, and it’s happening again.

Vladimir Putin’s annexation of Crimea is just the latest in a string of land grabs by the Kremlin. With part of Ukrainian territory under Moscow’s control, another front has erupted, this time in eastern Ukraine. Kyiv and the West have accused Russia of backing separatist fighters in eastern Ukraine, a claim which Russia denies. However, the Kremlin previously denied being behind the invasion of Crimea until Vladimir Putin admitted his forces had been involved, but only to protect Russians and Russian speakers from a “fascist coup” that he claimed had taken over Ukraine.

This all seems to be part of Vladimir Putin’s strategy of confusion. A constant barrage of false and misleading information broadcast to the world to disguise Putin’s imperial aspirations as actions of self-defense. The Kremlin is spending millions of dollars on its foreign language media outlets to make sure people all over the world hear its viewpoint, and the Russian propaganda budget is growing despite Russia’s economy shrining in the wake of falling oil prices and western sanctions. If you were to watch an hour of the state-funded Russian news media, you may get the impression that a powerful group of ultra nationalist, far-right, neo-Nazis swept to power in Kyiv causing the legitimately elected government to flee and is now threatening the lives and safety of Ukraine’s ethnic Russians and Russian speakers. In reality, the Russia/Ukraine conflict is not an ethnic conflict, but a struggle for democratic principles and the rule of law against dictatorship and oppression.

What happened in Ukraine certainly was a revolution, but it was not an ethnic or nationalist conflict.

For starters, the revolution began as a protest against Ukraine’s government deciding to back out of a free trade deal with the European Union at the last minute. Although, the trade deal was not the only issue causing civil unrest in this post-soviet nation of approximately 45 million. Government corruption, jailing of political opponents, and crack downs on independent journalists were also on the list of grievances that caused people to take to the streets to protest. The trade deal may have just been the last straw.

For months leading up to this sudden turn around, government officials at all levels were touting the deal as a foundational move for Ukraine’s economic growth. When the president announced that he decided not to sign the agreement, a Russian-speaking journalist of Afghan origin, Mustafa Nayem, posted a Facebook status update stating, “Let’s meet at 10:30 p.m. near the monument to independence in the middle of the Maidan.” (“Maidan” is a Ukrainian word meaning town
square).

Less than two weeks later the protests were subsiding. The whole thing may have ended there, until a small group of students gathered in Kyiv’s center square
were brutally cleared out by baton wielding riot police wearing body armor. As things go in the age of the internet, the beatings were caught on video. This sparked a resurgence in the protest movement. Overnight it went from a mostly student backed economic protest to a national movement to oust a dictator. At the center of it all were members of numerous religious and ethnic groups represented in Ukrainian society.

The first protester to be shot and killed by police in what came to be known as Ukraine’s Euromaidan revolution was a 21 year old ethnic Armenian from the eastern provinces. He was a Russian speaker.

Contrary to Russian media reports, the government that emerged from these events was democratically elected, and the so called Ukrainian far-right political parties did not receive enough votes to reach the 5% threshold required to enter parliament under the party list system, and in the presidential election last May, their candidates obtained less than 2% of the vote, combined. Although it may be inconsistent with Moscow’s proposed narrative involving fascist coups and right wing extremists, this new government is multicultural, representing Ukrainian society at large, as in any other European country.

The speaker of parliament is Jewish, the finance minister is American, the new economy chief is Lithuanian, and the health minister is Georgian.

Let’s be frank, racism and anti-Semitism may exist in Ukraine, as they do in other countries. However, despite what the Kremlin propaganda machine portrays about Ukraine, the overwhelming majority of the electorate see their country as an inclusive place. 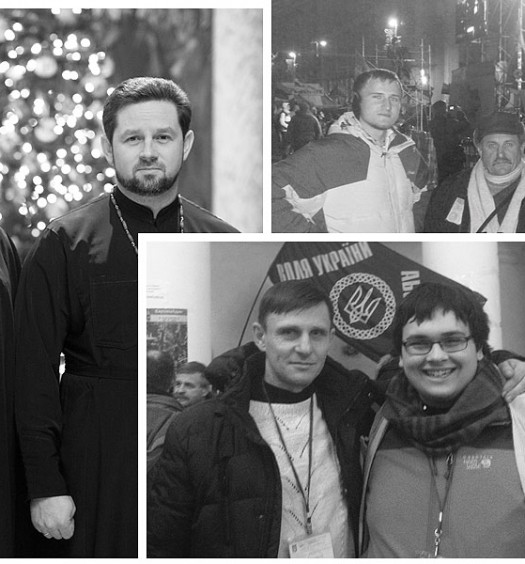 Stories From the Maidan

Read More
Stories From the Maidan 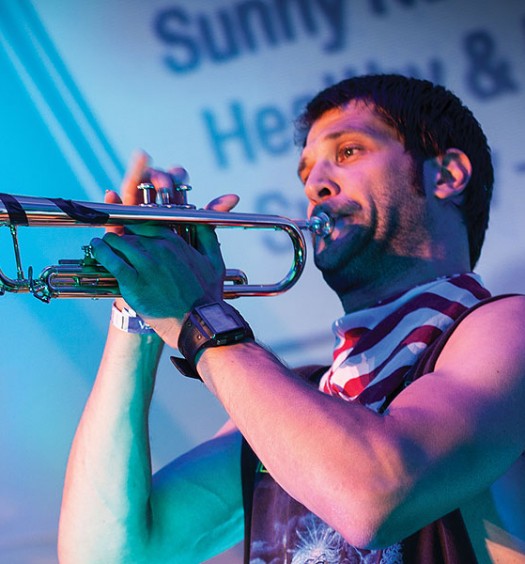 ZRADA Cultural Academy, in for another round in Chicago

Read more
ZRADA Cultural Academy, in for another round in Chicago
Submit a Comment