During the last two decades the quality and scope of Ukrainian music has taken a quantum leap. The establishment of an independent country has liberated composers, vocalists, and musical artists from the suffocating standards of Soviet monotony and unleashed boundless creativity. Rock, metal, jazz, blues, and folk (in all imaginable configurations) have found expression in the musical soul of 21st-century Ukraine. Whereas popular Russian music has devolved to the level of crass pop and visually marketable sleaze, the Ukrainian musical scene has exploded with diversity, color, and soul.

One such group that is at the top of the list of musical innovation is Dakha Brakha. Founded at an experimental Dakh Theater in Kyiv in 2004, the music and sounds created and performed by this group surpass expectation. Categorized as “world music” and “ethno-chaos,” Dakha Brakha’s creative genius exceeds the restrictiveness of genre and engages the listener by participating in each and every intimate exchange of forgotten sounds and ignored senses. 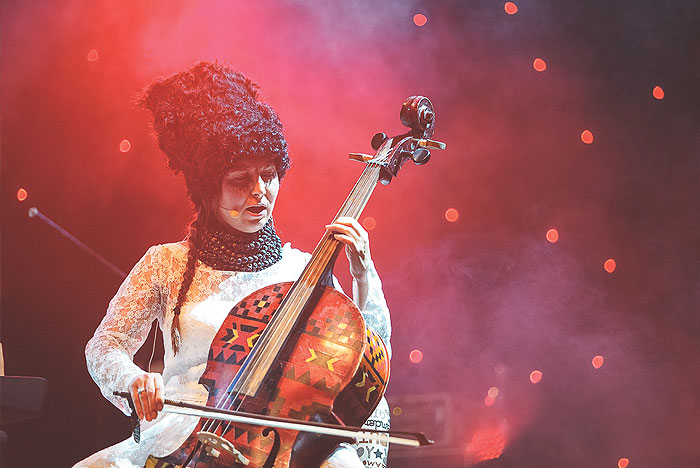 The term “dakha-brakha” is derived from Old Ukrainian and means “to give and to take.” In a conversation I had with the group’s only male member, Marko Halanevych, after one of their concerts in Chicago, he noted that performance involves a “give and take” of sacred energy with the listening audience.

They “give” us the sounds, rhythms, and soul of Ukraine’s past, we “take” it in: we clap, stomp our feet, cry, smile, and laugh. Our souls reverberate this exchange and we “give” back to the Dakha Brakha ensemble. This movement of sound and sense continues to grow throughout the performance as a cosmic unity of everyone present is attained. 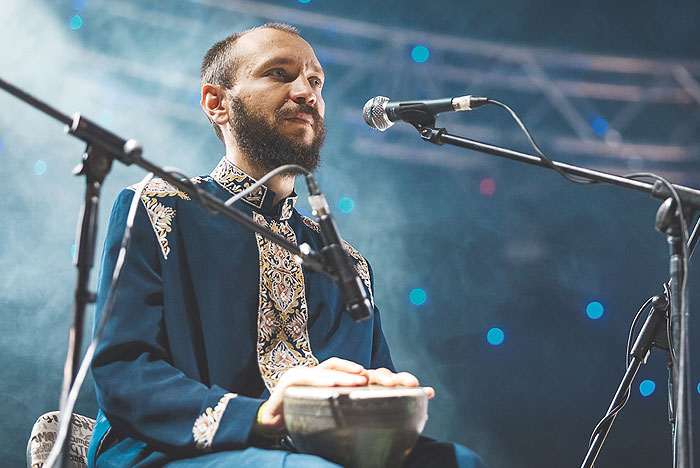 Iryna Kovalenko, Olena Tsybulska, and Nina Harenetska are the three stunning female musicians who play with Marko Halanevych and wear the signature fur hats known as “dakhs.” Typically, a performance will open with “Tataryn,” a composition dominated by the sounds of drumming. Reminiscent of the drumming circles of ancestral peoples, the sounds of the piece awaken: they awaken us to enter into a world where there is no past or future, but just the ever present. These are the sounds of the steppe, of the fluid movement of people, of the strong influence of Tatar culture on Ukraine, and of a deep and abiding love for all of earth’s creatures. 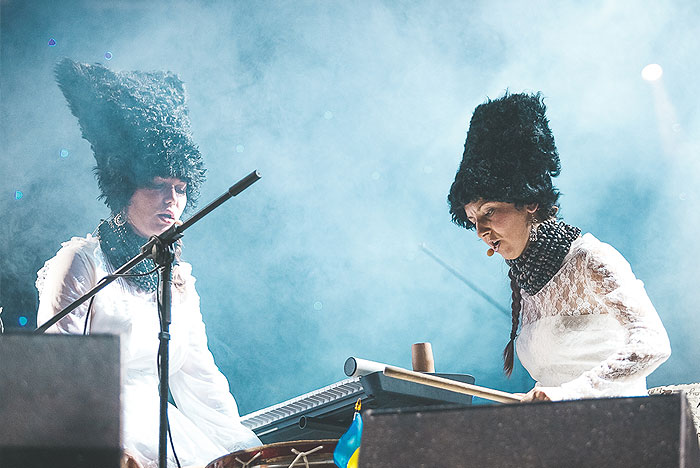 Aside a variety of drums and drumming techniques, accordions, a piano, cello, and a symphony of indigenous instruments (such as a rain stick, djembe, buhay, didgeridoo, darbuka, and others) will weave a tapestry of melodies evocative of a world of primal essences. You will hear birds chirping, snakes slithering, frogs croaking, the wind blowing, fires blazing, and the rain falling. 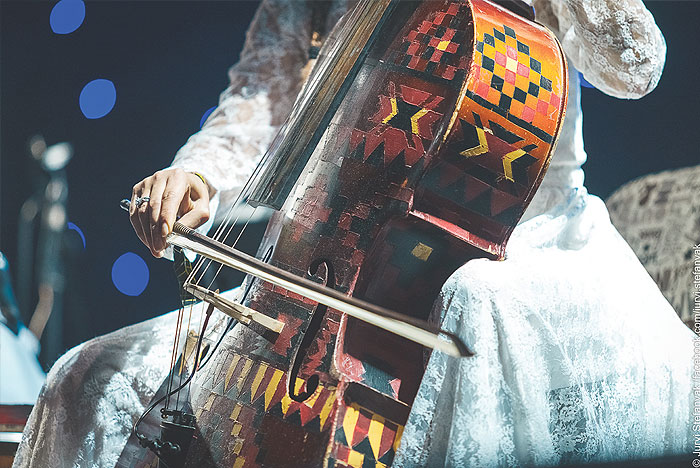 Some songs, such as “Carpathian Rap,” are well known to us as the “Kolomiyka.” Others are variations on melodies sung by our great grandmothers as they harvested the fields. The song “Zhaba” (the frog) tells a common day story of friends getting together to hang out on a Friday night after work and the surprises that occur afterwards as one of them walks back to the village at night. Simply put, Dakha Brakha’s repertoire transports and transforms. Like a fine red wine it gets better with age; full-bodied Ukrainian with Bulgarian, Balkan, African, Indian, and Turkic notes.

Dakha Brakha has attained worldwide renown and has played at hundreds of musical festivals around the globe. Their current North American Tour is the fourth of its kind in the last three years. Not surprisingly, the concerts attract Ukrainian and non-Ukrainian audiences and are always sold out. Dakha Brakha performed this Sunday, April 19, 2015, at the Mayne Stage on Chicago’s Northside. 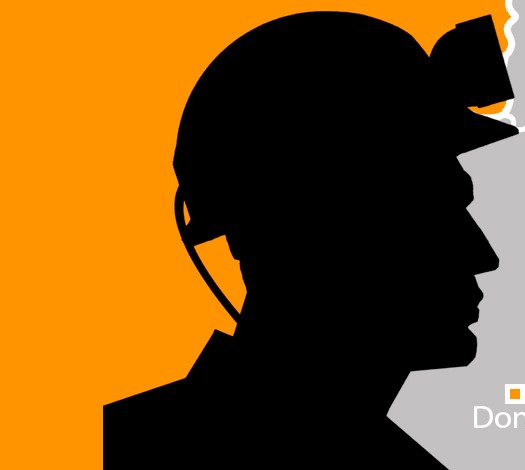 10 Facts About the Donbas

Read more
10 Facts About the Donbas 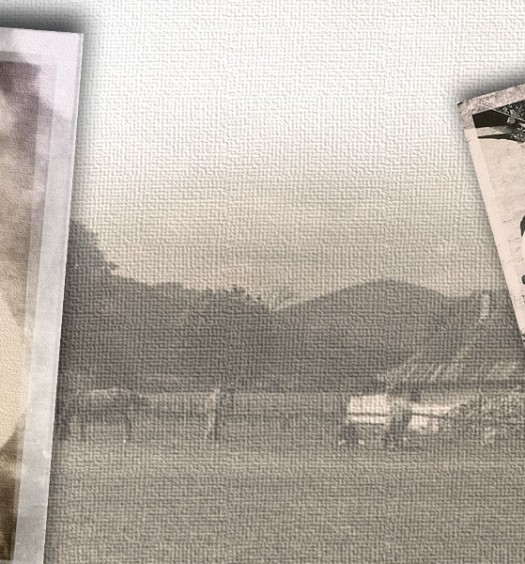