Russia is dying. This provocative statement needs to be made again and again, and I feel the need to do so. There are those who will jump and dance with joy when this finally happens. For others, the very idea is blasphemy and slander, inspired by enemies of the Kremlin and the ever popular Vladimir Putin. Russia is dying. The assassination of Boris Nemtsov is just one more confirmation of this reality, and both Russia lovers and haters need to hear these words in order to prepare for the inevitable. Reminiscent of hearing a doctor’s terminal diagnosis of a loved one, these words are sobering. They are startling, real, and anticipatory. We can get caught up in denial or accept the bitter truth.

The media is buzzing with questions of who killed Nemtsov, what were the motives, and Putin’s role in this murder. Since there is no rule of law in Russia the consensus opinion indicates that a scapegoat will be found and that the person who actually contracted the killing will never be revealed. After all, everyone knows that this is just the way it is in Russia. It is the system, the sistema, which is at fault. 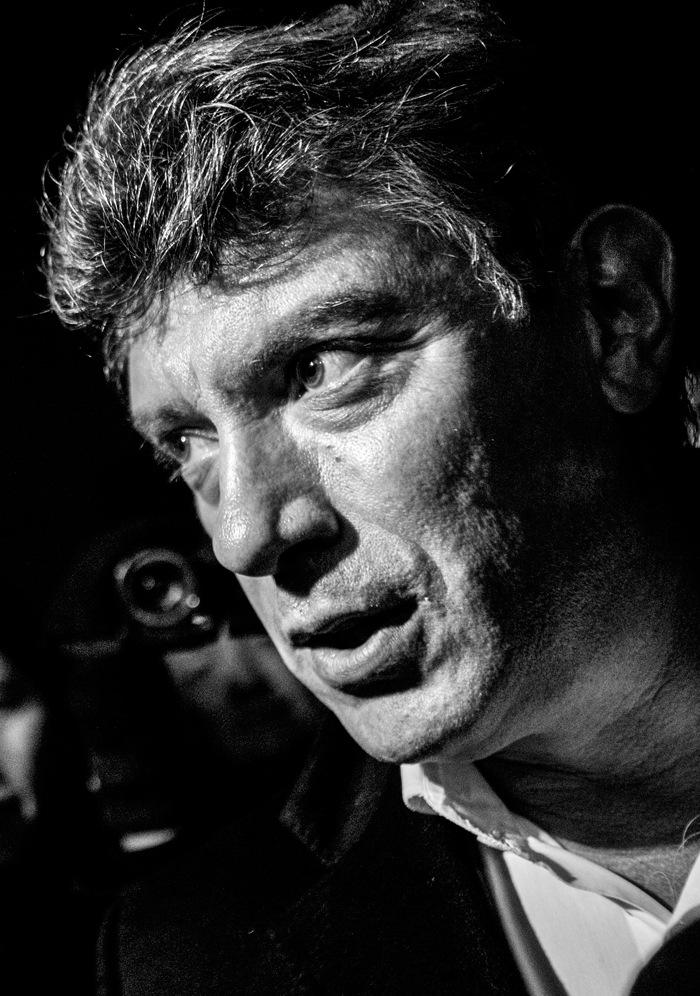 The Oscar-nominated movie Leviathan (2014) portrays the horrors of this seemingly abstract concept in human terms. You will be robbed of everything: your home, your wife and child, your future and your freedom. The culprit in these crimes will be anyone in the power vertical, whether a local politician or priest. The courts will rule against you no matter whom you hire. All that is left for you is to drink yourself to death and curse the day you were born.

Russia is dying from a psychological dis-ease, from the poison of the system which eats its people.

When Mikhail Gorbachev introduced perestroika and glasnost he granted Russians an opportunity to take a sobering look at the destructiveness of Soviet politics. One of his greatest concerns was rampant alcoholism and the grave consequences of drunkenness on the health of Soviet citizens. His policies of sobriety began to have positive results: the quality of life improved, the birth rate rose, the Soviet Union fell apart and the stranglehold of codependence, abuse, and denial was loosened. Each declaration of independence, whether it be a person or a country, was a move towards sobriety and healthy functioning.

Addiction is a monster and sobriety is not long lasting for many. Boris Yeltsin, Gorbachev’s successor, was a drunk. He personified the country’s inability to break the chain of addictive behaviors. His drunkenness was notorious and regularly visible on television. It is foolish to assume that Yeltsin’s alcoholism was just a personal malady. He was the walking embodiment of a society in relapse and the visible expression of the sad reality that Gorbachev’s reforms would not be long lasting. If Yeltsin had appointed Boris Nemtsov as his successor, Russia could have had a chance. But drunks make poor choices and he chose Vladimir Putin instead.

Vladimir Putin is drunk with power. Although he is intolerant of alcoholics, his behavior is no different from what is observable on an ugly night in a bar.

Putin drinks power incessantly and surrounds himself with “friends” who drink power with him.

He irresponsibly throws money at them to keep his buddies close. Anyone who doesn’t “drink” with the boss is a loser, a pervert and an enemy of the state. Incapable of being forward looking and reflecting upon his faults and mistakes, Putin is stuck in the past, in restoring his delusional perception of Soviet imperial glory. Putin, like any other addict, has defensively reinforced the “system” to attack those who think and speak differently, and even those who might offer healthy criticism.

Boris Nemtsov was the voice of reason and sobriety, a man who challenged others by providing a critical analysis of Russia’s ills.

His investigative report “Winter Olympics in the Subtropics: Corruption and Abuse in Sochi” (2013) exposed widespread graft, the awarding of non-competitive bids, and the absurdity of holding the Olympic Games in the only region of Russia (a winter country) which has a subtropical climate. 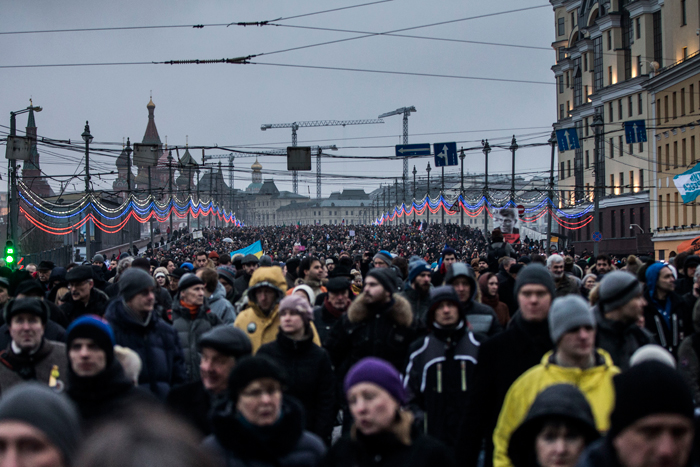 He was also in the process of completing an expose of the presence of Russian troops in Donbas. The police raided Nemtsov’s apartment and confiscated his computer within hours after his death. Boris Nemtsov was murdered on the 1st anniversary of the invasion of Crimea and two days before the March 1st Rally against Russia’s war in Ukraine.
In addiction theory it is essential that the entire family, community, cultural and societal system be taken into account. Even if the addicted person wishes to recover, the odds are stacked against that person because a pervasive attitude of “don’t rock the boat” has been adapted by the family members. This pernicious behavior is so deeply embedded in the system that it remains unconscious. This explains why Putin is surrounded by “enablers”: persons and institutions that keep reinforcing his need for power and dominance by spinning disinformation, deflecting moral responsibility, avoiding confrontation, and placing blame on everyone else. Journalists controlled by the state-run media, internet trolls, bloggers, and so-called Russia experts are Putin’s paid enablers. Even the Russian Orthodox Church of the Moscow Patriarchate which should be the ethical barometer of the country has sunk to the level of spiritual bankruptcy and moral complicity.

Russia also suffers from a chronic fear of freedom.

The recent anti-Maidan rally in Moscow is a prime illustration of Putin’s policy to radicalize Russia’s youth and to create cadres of street thugs who will spread fear among Russia’s citizens. He and his enablers are robbing young people of their future. Although the educational system in Russia is still strong, the current emphasis on radicalizing the young will rob the next generation of critical thinking skills and competitiveness in the world job market. When you propagate a fear of freedom you will infect everyone with a fear of living.

Boris Nemtsov was a true friend of Ukraine, of freedom and of transparency in government.

He dedicated his life to helping others by exposing corruption and theft. In contrast to Vladimir Putin’s habit of eliminating dissenting voices, Boris Nemtsov invited everyone to partake in open discussion and discourse. 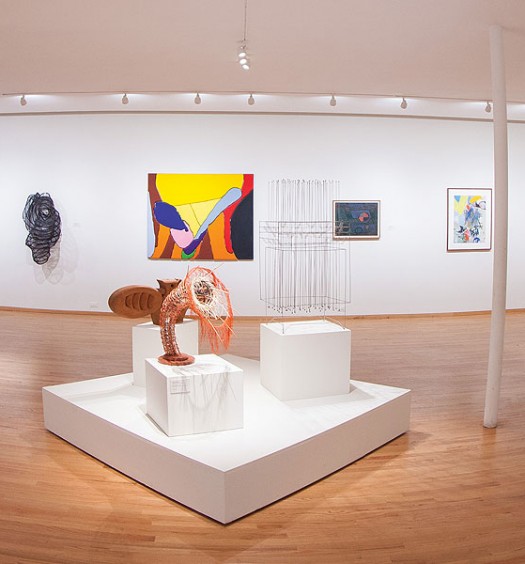 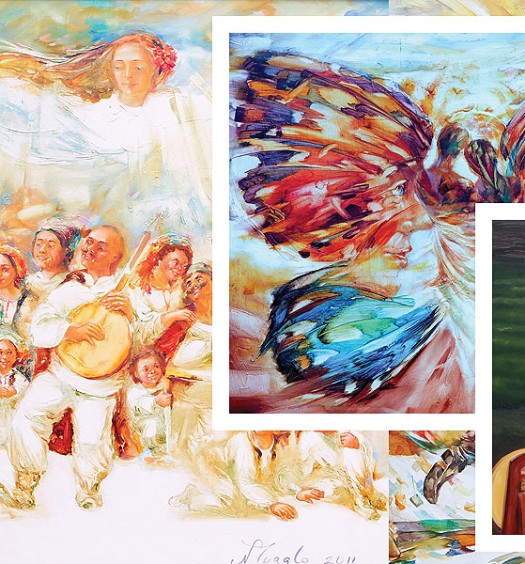